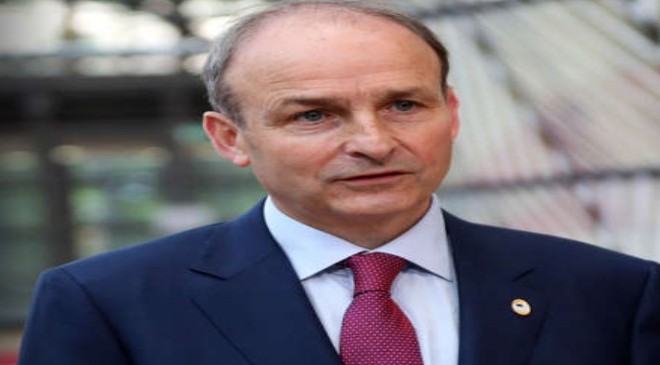 Irish Prime Minister Micheál Martin tested positive for COVID-19 on Wednesday night and had to leave an event in Washington, D.C., which he attended along with President Biden and House Speaker Nancy Pelosi.

Martin, who was photographed sitting next to Pelosi, was forced to leave the Ireland Funds 30th National Gala at the National Building Museum after learning of his positive test, according to Politico.

John Hudson with The Washington Post tweeted that Biden interacted with Martin, but a White House official told the reporter that Biden was not considered a “close contact” of the prime minister, meaning he was not within his vicinity for fifteen or more minutes.

The news comes after second gentleman Doug Emhoff tested positive for COVID-19 on Tuesday, canceling an appearance with Vice President Harris and Biden for an event on Equal Pay Day.

Martin, also known as the Taoiseach, was supposed to appear for a series of events with White House officials on St. Patrick’s Day on Thursday.

The events included a “breakfast hosted by US Vice President Kamala Harris, the Speakers Lunch on Capitol Hill, a bilateral between the Taoiseach and President Biden, as well as the traditional Shamrock Ceremony and Ambassador’s St Patrick’s Day Reception.”