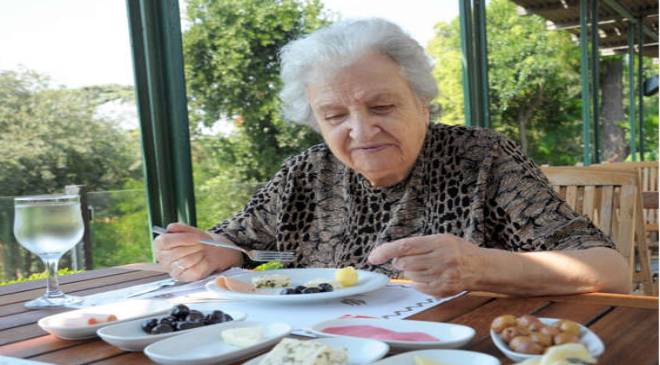 It’s hard to not get discouraged when you hear about the growing number of health complications in the United States, especially when things like heart disease, diabetes, stroke, and cancer are some of the leading causes of death and continue to affect more and more lives daily.

While genetics play a large role in some of these illnesses, you can’t help but wonder about the real impact our daily diets have on our overall health and risk for disease.

For instance, the CDC states that high cholesterol, diabetes, unhealthy eating, being overweight, and heavy alcohol consumption are all risk factors for developing heart disease in the US. And it’s no secret that the food and drinks we consume play a significant role in all of these risk factors.

Not all regions of the world experience this same magnitude of health complications, though. In fact, researchers have spent decades studying the healthiest people in the world in order to learn more about their health secrets.

From this research, the Blue Zones were established, which consist of five regions in the world where the highest concentrations of centenarians (people who live to be 100) reside. These regions include Okinawa in Japan, Loma Linda in California, Nicoya in Costa Rica, Ikaria in Greece, and Sardinia in Italy.

While all five regions have variations of their own food and daily practices, researchers have found commonalities among them all, which they’ve labeled as “The Power 9.”

The Power 9 is a list of nine habits practiced by the longest-living people in the world. These habits aren’t all centered around food, but instead, include a well-rounded approach to daily life.

We’ve gathered the common diet secrets from this list in hopes of helping readers learn more about adopting healthier eating habits and hopefully pursuing better overall health. Then, for even more healthy tips, here’s The #1 Best Juice to Drink Every Day, Says Science.

The 80% rule was first established by the Japanese region of Okinawa. The Okinawans believe in eating each meal until they’re only 80% full, leaving space for the other 20%.

Along these same lines, every Blue Zone region follows the rule of eating their smallest meals in the evening and not doing much snacking throughout the day.

The longest-living people in the world eat a diet mostly consisting of plant-based foods, which is the opposite of the standard Western diet.

According to the American Journal of Lifestyle Medicine, the Blue Zone communities only eat meat (such as beef or pork) about four to five times per month. They instead get their protein from plant products such as beans, lentils, and soy.

This may come as a surprise to some, but many of the healthiest people in the world drink daily glasses of red wine. However, there are a few notes to consider before you rush straight to happy hour.

The Blue Zone centenarians are very moderate drinkers, meaning they only consume 1 to2 small glasses (around 5 ounces or less) in a day. They also drink red wine specifically, which provides different health benefits that you can’t find when drinking something like beer or a margarita.

It’s also important to consider that many of the health conditions Americans are at high risk for, such as high cholesterol, diabetes, and high blood pressure, may be made worse with alcohol consumption.

Talk with a doctor before drinking wine, and if you don’t already drink regularly, this doesn’t mean you need to start!

While this secret isn’t about diet specifically, it’s a key in helping the healthiest people in the world stay healthy. According to the founder of the Blue Zones Diet, the longest-living people in the world incorporate movement into their daily lives.

What sets them apart from many Americans is that people in the Blue Zones don’t go to gyms or exercise classes. Instead, they live lifestyles centered around having to move naturally throughout the day, such as walking or biking to get to their destinations.

Some communities also focus on outdoor hobbies like gardening, which requires movement and time outdoors.

Many of the world’s centenarians live with a focus on health in all areas of their lives. This means that not only do they cook healthy food and move their bodies naturally, but they put just as much emphasis on things like spirituality, community, and purpose.

Many researchers of the Blue Zones believe that spending time with loved ones, giving back to the community, and lowering your stress whenever possible are all important aspects of living longer lives. Combining these points with a healthy diet can help you achieve a healthier lifestyle like the longest-living people on earth.