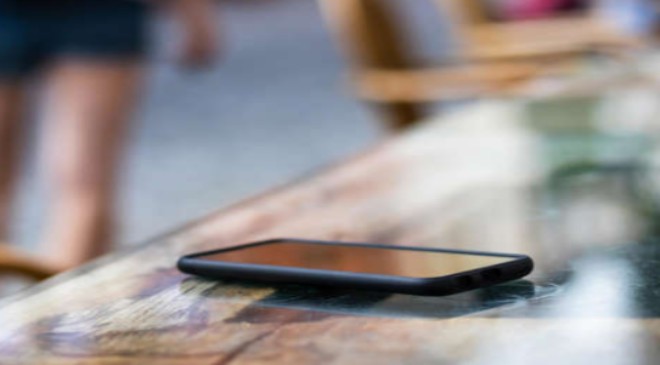 Just because a smartphone is cheap doesn’t mean it can’t be good.

Samsung just announced its latest line of smartphones, the Galaxy S22. It’s available Feb. 25 in three forms: the standard S22, the S22+ and the S22 Ultra, which is essentially the Galaxy Note reborn.

They’re not the only smartphone maker offering their phones at over $1,000. Of course, Apple has its iPhone 13 Pro Max available at $1,099.

You have plenty of options that might not offer the latest and greatest features, or operate at the quickest of speeds, but get the job done on basics like email, social media and surfing the web.

TECH NEWS RIGHT TO YOUR INBOX: Subscribe to the Talking Tech newsletter

Here’s a breakdown of some of those phones:

Smartphone maker Blu has a few Android smartphones under $100, including the Blu Vivo X6. The current price on Walmart’s website is $84.95, although it’s currently sold out. It features a 6.1-inch curved glass display, a 13-megapixel camera on the front and back of the phone, and 64 GB of storage.

Motorola, the company behind the classic Razr cell phone, has a couple options in its moto line that fall under $150. For example, the moto g pure is available for $139.99, and boasts a 6.5-inch HD screen, 13-megapixel camera, and 32 GB of storage. Motorola also claims the battery supports rapid charging and can last up to two days. It supports Android 11, includes expandable storage by adding a microSD card, and even has a fingerprint sensor if you want to log in with the tap of your finger. There’s also the moto g play selling now for $149.99

The options start to expand a bit in this tier. OnePlus offers the Nord N100 for $179.99, and it has several modern touches of higher-end smartphones. It has a 6.5-inch screen with reading and night modes, and an operating system based on Android 10. It has 64GB of native storage, but you can expand to 256 GB with a microSD card. The phone also supports face unlock and has a fingerprint sensor. It even boasts a rear three-camera system along with a front-facing camera.

This is the price range where Samsung really enters the arena with several models in its A line of smartphones including the Galaxy A11 at $179.99. It’s got a 6.4-inch display, a three-lens camera system and 8-megapixel front camera. It has 32 GB of storage you can expand to 512 GB with a microSD card.

Want a phone like a Galaxy Note minus the big price? Motorola’s moto g stylus is essentially a budget version of Samsung’s classic “phablet.” It has a 6.8-inch screen with stylus included, a 50-megapixel camera system and a battery the company says lasts two days on a single charge. And it’s $299.99.

You can also enter 5G territory at this price point. OnePlus offered the Nord N200 5G, which includes a 6.49-inch screen and an Android-based operating system. The phone supports 64 GB of storage with the option to expand. It costs $209.99.

Samsung has a variety of smartphones within the $300 range, including the Galaxy A13 5G. Keep in mind some smartphones advertised on their site require a device to trade-in to get the discount.

Who wants an iPhone? Yes, even Apple has budget smartphones. It starts with the iPhone SE at $399. However, you won’t get all the bells and whistles of newer iPhone models. You get a 4.7-inch display, no 5G, and only one wide rear camera. You do get a fairly new processing chip which means the phone will still pack some zip. And it has Touch ID. Plus, even with the one camera, you can still shoot decent pictures.

With a trade-in, you can also upgrade to Samsung’s Z Flip 3 5G. This is the electronics giant’s folding smartphone that features a 6.7-inch screen when opened and a smaller 1.9-inch cover screen which can display information like notifications. With the eligible trade-in, it costs $399.99.

What about refurbished phones?

Another option if you want a new-ish model phone but you don’t want the latest prices is buying refurbished.

What does that mean? For refurbished iPhones, it means a new battery, outer shell and a one-year warranty. Apple says the used device is cleaned and tested, and if required, some parts may be replaced.

In the case of Samsung, their refurbished phones are restored to a “like-new” condition with a new battery, the latest software updates and a one-year warranty.

Consumers can find good deals, such as a Galaxy S20 refurbished for $250, according to Samsung’s website.

Retailers including Best Buy and third-party services like Gazelle sell refurbished or pre-owned phones. Before you buy, be sure to carefully check policies for returns and their processes for determining the quality of the smartphones.

More tech news you can use