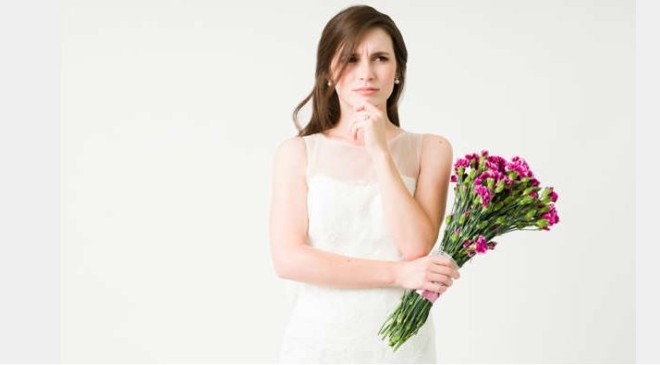 This Is the Worst Zodiac Sign to Marry, Astrologers Warn

When it comes to holy matrimony, you want to make sure you choose someone who is compatible with you. Having the same interests is just one part of the equation, but ensuring that you have the same goals, can co-exist, and are able to be adaptable are necessary factors in building a successful marriage. Of course, your zodiac sign can also come into play, and truthfully, some signs are just not meant to spend forever together. Read on to find out which astrological signs should never tie the knot.

As the first sign of the zodiac, Aries is used to taking charge in every manner of life. “They need a partner who is spontaneous enough to keep up but not too stubborn to follow their lead,” says celebrity astrologer Lauren Ash. This makes it especially tricky for relationships between Aries and stubborn earth sign Taurus. “Taurus adores a slow-burn romance, which makes them an energetic mismatch for prideful and flashy Aries,” she adds.

As the second sign of the zodiac, Taurus is heavily influenced by personal values, making them one of the most romantic signs. This makes relationships with Aquarius tricky, says Ash, since “they cannot stand being told what to do or controlled in any manner.” Most times these two fixed signs will spend their time butting heads and struggling for control in a relationship.

Geminis are one of the most sociable signs of the zodiac, and someone is always crushing on them. However, their need for change and variety may feel like too much for earth signs, especially Capricorn. “Capricorn is the tenth sign of the zodiac and ruled by Saturn—the planet of tough love, structure, obligation, and ambition,” says Ash. “Geminis tend to find relationships with Capricorns too suffocating and rigid.”

Known as one of the most sensitive signs of the zodiac, Cancer needs a partner who can dive into the emotional depths with them—that means their many changing moods. Aries, however, struggles to meet Cancer placements emotionally where they’re at. “Aries is prideful, flashy, and enjoy the chase,” says Ash. “They will often shower romantic partners with bold displays of affection, extravagant gifts, and over-the-top showmanship.”

Bold, loud, and built with a flair for the romantic, you’ll never find a Leo without a date on their schedule. They’re creative by nature, so they’re attracted to people, places, and things that are as vibrant and unique as they are. “While they may seem too cool for school, Leos actually require a lot of reassurance when it comes to their ideas, jokes, and leadership skills,” says Ash. “For this reason, hypocritical Virgo’s earthy energy doesn’t usually mix well with Leo.”

Virgos loves routine, structure, and process. And while they may enjoy the company of fire and air signs among their friend groups, Virgos need much more predictability out of their long-term partners. “Virgos don’t suffer from indecisiveness,” says Ash. “They know exactly what they want and won’t settle until they find a partner who fits into their lifestyle.” This mentality completely conflicts with the carefree and adventurous Sagittarius, making them an ill-fitted pair.

As the other Venus-ruled sign of the zodiac, Libra placements seek out relationships that let them have their cake and eat it, too. “Though they thrive in close partnerships, Libras need plenty of space in a relationship,” says Ash. For them, clingy behavior and insecurity from a partner is an instant turn-off. “Balance is important to Libra, which makes relationships with dreamy and head-in-the-clouds Pisces difficult,” she explains.

Cool on the outside but secretly sweet on the inside, Scorpios can be tough to figure out. “Water signs have a reputation for being emotional, but Scorpios are very private upon first meeting them,” says Ash. “It takes months or even years of building trust to learn the truth about what makes a Scorpio tick.” This is why relationships with spotlight-seeking Leos can be challenging for Scorpios.

Since Sagittarius seeks friendships, careers, and relationships that give them freedom, serious dating can be a challenge. “This gives them a reputation for being hard to figure out when it comes to love and relationships,” says Ash. It’s also why they don’t tend to pair well with domestic and family-oriented water sign Cancer.

Capricorns are some of the toughest zodiac signs to impress in love and life. “As the cardinal earth sign, they’re looking for their ride-or-die partner for life,” says Ash. In the early stages of dating, it can be hard to capture their attention, but Capricorns become fully invested in their partner once they’ve made a commitment. Because it may take some effort to get a Libra to open up about their emotions, Capricorns aren’t a good match for them. “These two Cardinal signs tend to make better friends than lovers,” explains Ash.

Known as the most independent and free-spirited sign, Aquarius is looking for a partner that pushes them to evolve and grow. “Aquarius’s ruling planet is unpredictable Uranus, which emboldens Aquarius’ non-traditional way of approaching relationships,” says Ash. “This can be difficult for fellow fixed sign Scorpio to handle, as they prefer building deep, intimate emotional connections with a select few people.” Ultimately, the “intense emotional energy” of a Scorpio can leave Aquarius feeling suffocated.

Pisces wears their heart on their sleeve, so they tend to thrive in relationships with other emotionally sensitive signs. While looking for a partner, Pisces look for open-minded, sensitive, creative individuals. That’s the polar opposite of Geminis who are constantly planning new activities. “This lightning-fast pace can overwhelm mutable Pisces, who prefer to approach life and love at a slower, more leisurely pace,” says Ash.