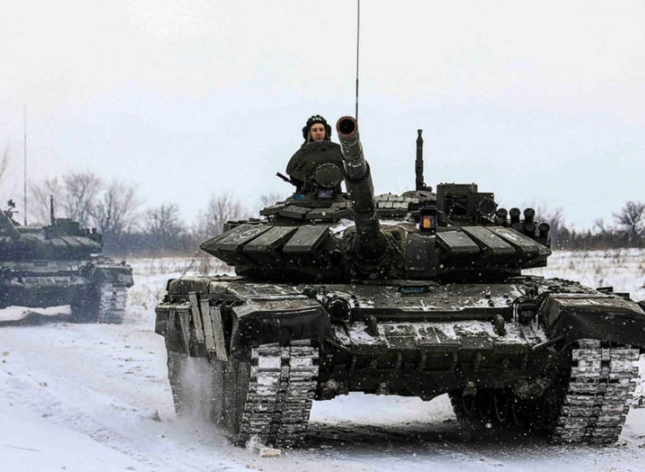 The State Department urged all Americans in Belarus, which borders Ukraine and Russia, to leave “immediately” on Monday night, amid “concerning Russian military activity” near the border with Ukraine.

The updated guidance, which also tells Americans not to travel to Moldova, comes after a U.S. official told CBS News that Russian units near Ukraine have moved into “attack positions” and that the U.S. believes Russia will attack Ukraine by the end of the week.

The State Department advisory warned, “Due to an increase in unusual and concerning Russian military activity near the border with Ukraine, U.S. citizens located in or considering travel to Belarus should be aware that the situation is unpredictable and there is heightened tension in the region.” It’s a level 4 advisory, the State Department’s most severe “do not travel” warning, which indicates an increased likelihood of life-threatening risks. The advisory was already a level 4 before Monday, but the warning to leave immediately is new.

In a separate advisory, the State Department also urged Americans in Transnistria — a breakaway region from Moldova — to leave immediately. That advisory warned of potential difficulties at checkpoints along roads leading in and out of the region. The department also said the U.S. government has “limited ability” to provide services to Americans traveling there.

Though the department did not tell Americans to leave Moldova, it does warn against traveling there, citing “Russian military activity,” COVID-19 and the unresolved conflict between Transnistria and the central government.

More than 100,000 Russian troops are amassed along Ukraine’s borders in both Belarus and Russia. Belarus, Moldova and Transnistria all border Ukraine, though only Belarus also shares a border with Russia. The U.S. warned all Americans in Ukraine to leave last week.

Though the U.S. has spent weeks preparing for a potential invasion of Ukraine, it is not yet clear if or when Russia will move forward. However, U.S. officials say Russia has already amassed 80% of the forces it would need to launch a full-scale invasion, with the rest en route.

“We have seen over the course of the past 10 days a dramatic acceleration in the build-up of Russian forces and the disposition of those forces in such a way that they could launch a military action essentially at any time,” Sullivan said. “They could do so this coming week, but of course, it still awaits the go-order” from Putin.