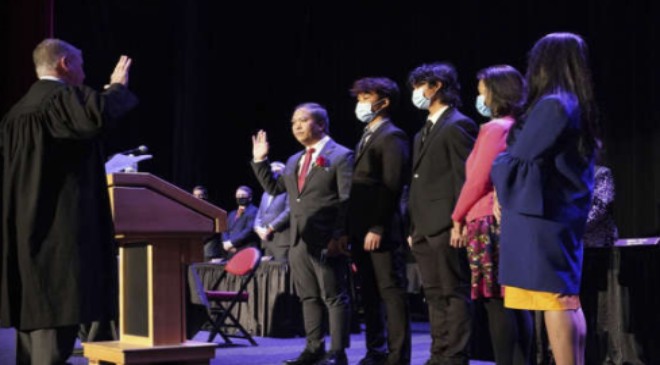 The United States is preparing to pull all government personnel from Kyiv within the next two days as fears of a Russian invasion of Ukraine escalate, CBS Newsreported Sunday night.

The U.S. State Department issued a travel advisory early Saturday morning, announcing that “most U.S. direct hire employees” were being evacuated from the embassy in Kyiv, though some were staying put.

A number of staff are being moved to Lviv, which is situated in the western region of Ukraine, because “its closer proximity to U.S. diplomatic and consular facilities in neighboring countries,” an official said on Saturday.

The level four advisory also urged U.S. citizens not to travel to the area and those who remain in the country to depart “immediately.”

CBS News cited sources saying that 7,000 Americans are registered with the U.S. Embassy in Kyiv, though as many as 30,000 could be living there.

Intelligence obtained by the U.S. says that Russia is eyeing Wednesday as the target date for an invasion, according to The Associated Press.

U.S. officials warned on Sunday that while the diplomatic path to easing tensions between Russia and Ukraine remains open, the window for dialogue is “shrinking” as Moscow accelerates its military buildup near the Ukrainian border.

National security adviser Jake Sullivan told CBS’s “Face the Nation” that in the previous 10 days or so, the U.S. has observed “a dramatic acceleration in the buildup of Russian forces and the disposition of those forces in such a way that they could launch a military action, essentially at any time.”

During an interview with CNN’s “State of the Union,” Sullivan said Moscow’s movement in recent days has put troops “in a position where they could launch a military action very, very rapidly.”

The BBC reported Sunday that Ukraine has called for a meeting of the Organization for Security and Cooperation in Europe (OSCE), which includes Russia, to discuss the military build-up.

“If Russia is serious when it talks about the indivisibility of security in the OSCE space, it must fulfil its commitment to military transparency in order to de-escalate tensions and enhance security for all,” he said, per the BBC.

Russia has accused the U.S. and its allies of increasing tensions with their warnings of an invasion, and denied planning another incursion into Ukraine.

Microsoft may earn an Affiliate Commission if you purchase something through recommended links in this article.Start the conversation.