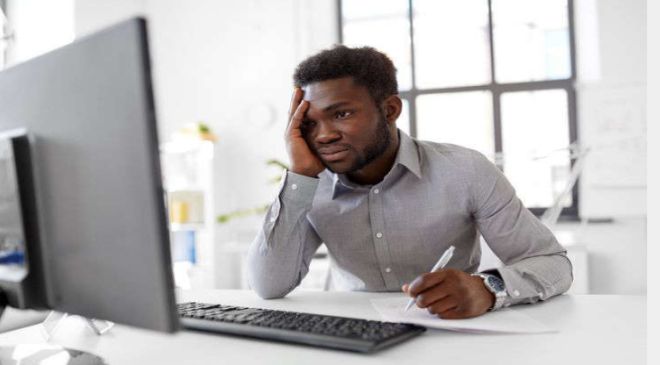 Millions of low-income Americans are eligible for a one-time tax break this year that could save them big bucks. The federal Earned Income Tax Credit, which is aimed at people in the lowest-paid jobs, is being tripled for a group of workers who typically don’t benefit much from it: Childless adults.

For the tax year that just ended, low-income workers without kids can receive a credit worth up to $1,500 — nearly triple what the credit was worth in 2020. The American Rescue Plan, the $1.9 trillion pandemic relief bill signed into law last year by President Joe Biden, expanded the credit, raised income limits and expanded the ages of eligible workers for 2021.

“The American Rescue Plan allows anyone 19 and older, who’s not a full-time student [and] who has earnings, to claim the expanded EITC. It expanded both age and income eligibility and it made the credit larger,” said Kris Cox, deputy director of federal tax policy at the Center on Budget and Policy Priorities, a left-leaning think tank.

The American Rescue Plan expanded who can claim the EITC by raising income limits for childless workers. Taxpayers without kids who earned up to $21,430 from a job, gigs or self-employment can claim the credit when they file their tax returns this season. (In most years, workers earning more than about $16,000 are ineligible for the EITC.) Taxpayers can also choose to use income from 2019 to qualify for the credit — useful for those who lost work in 2020.

The IRS has also scrapped prior years’ age limits for the EITC. Previously, only workers ages 25 to 64 could claim it. This tax season, any worker 19 or older who meets the income guidelines can qualify for the credit, as well as 18-year-olds who are homeless or who have been in foster care.

Policy experts estimate that between 17 and 20 million workers will benefit from the expanded credit, including older and younger workers who would normally get no credit, and those who will receive more money than usual.

The Earned Income Tax Credit has been called the most effective U.S. anti-poverty program, with about 20 million households receiving it in 2019. The program, first created under President Gerald Ford, is designed to reward work and has been credited with lifting more that 5 million people above the poverty line.

Unlike many tax credits, which can only reduce the income tax a person pays to zero, the EITC is refundable. That means it puts money in workers’ pockets even if they don’t have any tax liability.

Most years, however, workers who don’t have children get a small credit. Last year, a single worker had to earn $15,800 or less to qualify for the tax break, and the maximum credit for individuals amounted to only $540. By contrast, a single parent of two earning the same $15,800 would qualify for a $5,800 credit.

“What this meant was people who worked for very low pay who were getting such a meager EITC, and also young working adults and older working adults, were completely excluded” from the EITC’s benefits, said Cox.

The lower value of the EITC for childless workers means those people are less likely to claim the credit despite being entitled to it. About two-thirds of eligible childless taxpayers claim the EITC every year, compared with more than 80% of taxpayers with children, according to Cox.

Meanwhile, the bigger credit comes at a welcome time for many Americans, as roaring inflation consumes most of low-wage workers’ pay gains.

“While these folks without dependent children may not be faced with the cost of childcare, they’re definitely paying more for food, for gas, for rent. For these folks, these necessities may be out of reach,” Aidan Davis, senior state policy analyst at the Institute on Taxation and Economic Policy, told CBS MoneyWatch.

Worker-supported organizations are pushing to make the change permanent, and a one-year extension is included in the House-passed version of the Build Back Better Act.

How to claim the credit

Most commercial tax software will ask filers some questions about their income to establish if they qualify for the EITC.

Taxpayers shouldn’t have to pay anything to claim the credit. Anyone whose income is low enough to qualify is also entitled to file their tax returns for free, either through the IRS’ Free File program or at one of hundreds of volunteer-run tax prep sites across the country.

For those who are filing a paper return or through Free File Fillable Forms, the EITC appears on Form 1040 — no additional paperwork is needed. (Taxpayers with children will need to file Schedule EIC in addition.)

In addition to the federal credits, most states have implemented their own Earned Income Tax Credit. This tax season, residents of 28 states and the District of Columbia can get an additional — usually smaller — credit against their state taxes.

State credits vary widely in terms of the incomes and types of households that are eligible, as well as how much money they give back. Depending on an individual worker’s circumstances, a state’s Earned Income Tax Credit could add 3% to the value of their federal credit (in Montana) or double the credit (for childless workers in Washington, D.C.)