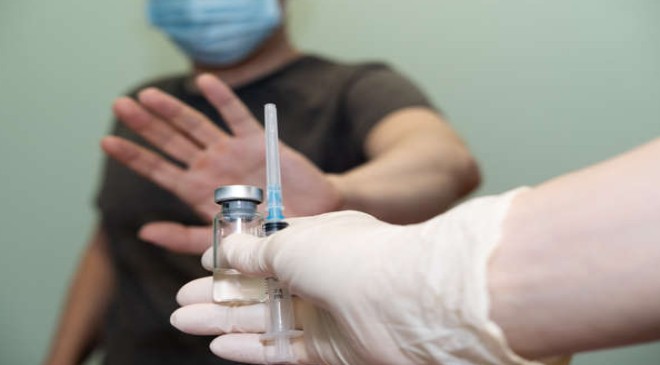 In research likely to galvanize U.S. support for booster shots, scientists found that Israel’s aggressive campaign to shore up waning coronavirus immunity with a third dose of COVID-19 vaccine has saved lives and reduced new infections across the age spectrum.

Booster shots drove down cases of severe COVID-19 and death in older Israelis and reduced infections in senior citizens and middle-aged adults, the research shows. But boosters prevented new infections most dramatically in 16- to 29-year-olds — a finding with potentially far-reaching implications.

During a period this fall when coronavirus infections in Israel were surging, older adolescents and adults under 50 who got a third shot of Pfizer-BioNTech vaccine were 13 times less likely to test positive than their vaccinated peers who did not get the booster. That protective effect was seen starting two weeks after the third jab and continued for another few weeks until the study period ended.

Israelis 50 and over who got a booster shot were about 10 times less likely than their unboosted peers to test positive for an infection while they were tracked — a period that lasted as long as two months.

Boosted Israelis who were 60 and over reduced their risk of becoming severely ill with COVID-19 by a factor of more than 12 compared to their counterparts who didn’t get a third shot. And in these older adults, a booster drove down COVID-19 death rates by a factor of close to 15.

A second study, which tracked Israelis 50 and over for as long as eight weeks, found a similar level of protection. Those who got a booster were 10 times less likely to die of COVID-19 than their vaccinated peers who didn’t get a third shot.

Both studies were published Wednesday in the New England Journal of Medicine.

At a moment when many vaccinated Americans are hesitant to get a booster shot — even considering the uncertain risks posed by the Omicron variant — the new research suggests that the extra dose can make a powerful difference. The findings suggest that, if widely used, boosters would slow viral transmission and, among older people, stave off further waves of serious illness and death.

Indeed, the authors of the both studies expressed hope that their results would prompt other countries to strengthen their endorsements of booster shots — especially for adults under 65.

In Israel, as in the U.S., the vast majority of coronavirus infections are due to the Delta variant. But health officials are bracing for the possibility that the rapidly spreading Omicron variant may displace Delta.

Coincidentally, the new research comes on a day when Pfizer and BioNTech acknowledged that two doses of its vaccine “may not be sufficient to protect against infection with the Omicron variant.”

Compared to the original version of the coronavirus, lab tests that pitted Omicron against the blood serum of people who’d had two doses of the vaccine detected a 25-fold reduction in neutralizing antibodies, the immune proteins that thwart the virus.

That “could still offer a sufficient level of protection from disease of any severity caused by the Omicron variant,” said Dr. Ugur Sahin, BioNTech’s chief executive. But broad use of boosters “around the world could help us to better protect people everywhere and to get through the winter season,” he added.

Pfizer and BioNTech reiterated that they could have a vaccine tailored to Omicron ready within 100 days.

Dr. Anthony Fauci, President’s Biden’s senior advisor on the pandemic, told CNN on Wednesday that the preliminary reports from Pfizer “make me breathe a little better.”

To look around the pandemic’s corner, U.S. health officials have relied heavily on the well-documented experiences of Israel, a country of 8.8 million with a nationalized healthcare system that relies exclusively on the Pfizer-BioNTech vaccine.

Israel’s vaccination campaign has consistently been a step ahead of the one in the United States. Researchers in the tiny Jewish state were among the first to observe the waning of vaccine-induced immunity. The Israeli government reacted swiftly to that news by launching a campaign of nearly universal boosters in late summer. The third shots became available July 30 for Israelis over 60, and to all vaccinated Israelis12 and over a month later.

The studies published Wednesday are the first to gauge the impact of boosters on a large scale and in a wide range of age groups. One of those studies drew from a national database of nearly 4.7 million Israelis 16 and over who got at least two shots of the Pfizer-BioNTech vaccine. The other study tracked COVID-19 deaths among 843,208 Israelis over 50.

Their principal limitation is their relatively short span: they capture immunity for as little as five weeks and no more than 12 weeks following boosters, though they establish a rigorous baseline for further tracking.

“Understanding the protective effect of the booster in younger age groups is key for forming public health policy,” wrote the authors of the larger study, which was led by Yinon M. Bar-On of the Weizmann Institute of Science. “Booster vaccination programs may provide a way to control transmission without costly social distancing measures and quarantines.”

The two studies “reinforce the notion that from a scientific perspective, the mRNA vaccines really should be thought of as a series of three doses,” said Dr. William Schaffner, an infectious diseases specialist at Vanderbilt University. It’s a pattern of deepening immunity seen, for instance, in the vaccine that protects against Hepatitis B, he said.

With the Omicron variant now present in more than 20 states, the Centers for Disease Control and Prevention has recommended that all fully vaccinated adults get a booster shot if it’s been at least six months since their second dose of an mRNA vaccine or two months since their single dose the Johnson & Johnson shot. So far, only 26% of eligible adults have done so.

Americans who want to maintain a high level of protection should pay attention to these new findings, Schaffner said.

Schaffner said he was particularly intrigued by the finding that boosters reduced infections in 16- to 29-year-old Israelis.

Young people in many parts of the United States “are playing a major role” in keeping new cases high, he said. But because they’re unlikely to be hospitalized with COVID-19, many experts have argued they should not be swept into a blanket call for booster shots.