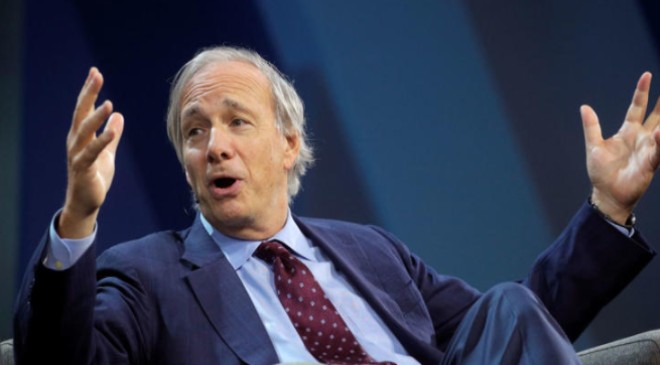 First, Ray Dalio foresaw the 2008 financial crisis. Then, he predicted years of long-term financial strain on the U.S. economy from the Covid pandemic.

Now, the 72-year-old billionaire investor who built Bridgewater Associates into the world’s largest hedge fund is warning of a new economic catastrophe on the horizon — and he wants you to be prepared.

“I think we’re at risk of a war with China,” Dalio told CNBC Make It during a live-streamed Q&A on Friday. “Largely due to misunderstandings.”

Dalio noted that his predictions aren’t facts: He’s been wrong before, too. But, he said, future catastrophes are inevitable, according to historical patterns over the last 500 years.

In other words, if an upcoming U.S.-China conflict doesn’t tank the economy, something else will. Here’s why he thinks disaster is on the horizon, and his top two tips on financially preparing for it:

Why Dalio thinks the U.S.-China trade war could get worse

In his newest book, “Principles for Dealing with the Changing World Order,” Dalio wrote that American attempts to make China and its culture “more American” could eventually backfire, prompting a conflict.

That could intensify the two nations’ trade war, which was started by the Trump Administration in 2018 and has led American companies to cut wages, lower profit margins and raise consumer prices.

Dalio’s comments about China have prompted recent controversy. After telling CNBC last week that China’s human rights policies were akin to those of a “strict parent,” he clarified his comments in a LinkedIn post. “I was attempting to explain what a Chinese leader told me about how they think about governing,” Dalio wrote. “I was not expressing my own opinion or endorsing that approach.”

In that post, he also expressed hope that the U.S. and China could back away from the precipice of conflict.

“What I think and what Bridgewater does are of minuscule importance relative to the rapidly growing risk of U.S. war with China,” he wrote. “I hope that thoughtful attention will be paid to that issue and that mutual understandings will increase and inclinations to fight will diminish.

One risk, for example, could be “location,” meaning the physical place where you live and work. Dalio’s book contains a “Health Index” that rates roughly a dozen nations on 18 factors like debt burdens, military strength and economic output. It’s intended as a resource for readers to assess risks and form strategies on where to live and invest, and according to Forbes, he plans to launch a website housing real-time versions of the data.

Moving is, of course, often a hassle — but Dalio said it’s worth considering under financially worrying circumstances. “Flexibility is key,” he added.

Similarly, he advised, measure your financial risks in inflation-adjusted terms instead of today’s dollars. If you have cash in a savings account, for example, it’s probably accruing value at a different rate than your other investments, since it’s being taxed by inflation.

But that doesn’t mean you should exclusively choose other investments over a savings account, or vice versa. Amid chaotic times, Dalio said, you need your emergency savings to be funded by a safe, well-diversified portfolio.

His second tip: Save and diversify your portfolio

Dalio’s first step to a strong portfolio is assessing your current investment strategy — if you have one — to figure out how many weeks you could financially survive if you lost your job. “It always pays to find out whatever the worst-case scenario is and cover yourself from that,” Dalio said.

Then, make sure your money isn’t all in one place. “Cash is not a safe investment,” Dalio told CNBC last week, as inflation hit a 31-year high in the U.S. Instead, he suggested on Friday, build as diverse a portfolio as possible — ranging from inflation index bonds, which Dalio recommended above regular bonds, to physical assets like gold.

Your portfolio could even include digital assets like cryptocurrencies. In May, Dalio told CoinDesk that he personally owns a “small amount” of bitcoin, despite years of criticizing crypto. The reason, Dalio said on Friday: It’s a hedge bet, made solely for the purpose of diversification.