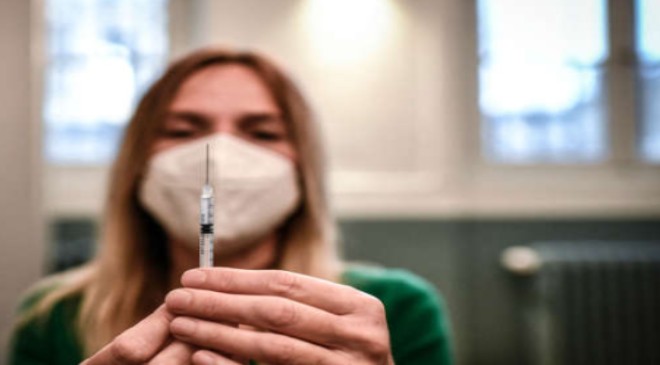 The Pfizer-BioNTech Covid-19 vaccine appears to be less effective against the heavily mutated omicron variant of the coronavirus, according to early data from South Africa posted Tuesday.

Researchers from the Africa Health Research Institute found that there was about a fortyfold reduction in vaccine-induced antibodies that could neutralize the new variant, which has been detected in several countries and in at least 19 states.

The omicron variant appeared to be even more skilled at evading the antibodies generated by the Pfizer vaccine than the beta variant, which was also first identified in South Africa, the researchers said. The beta variant has demonstrated a threefold reduction in neutralization, they wrote.

Dr. Uğur Şahin, the CEO of BioNTech, said Tuesday that the drugmaker has data coming Wednesday or Thursday related to the new variant.

“I would be more optimistic,” he said.

There are limits to the South African lab study, which was posted online to a preprint server and has not been peer-reviewed. The research is based on blood samples from 12 patients who were vaccinated with the Pfizer vaccine but had not received booster shots. The drop in neutralizing antibodies found in blood samples may not reflect how the variant may behave in a real-world setting.

The lead author on the study, Alex Sigal, a South Africa-based virologist, wrote Tuesday on Twitter that the results could change as researchers conduct more experiments. Other research institutions around the world, as well as vaccine makers, are also conducting lab studies looking at how the vaccines stack up against the omicron variant.

Dr. Paul Offit, a vaccine expert at Children’s Hospital of Philadelphia, said the drop in antibodies may not be a clear indicator of whether the variant can evade protection against severe illness.

“That can only be answered in a real-world studies, because when you’re looking at neutralizing antibodies, you’re just looking at one component of the immune system,” he said, adding that so-called memory B cells and T cells also play important roles.

If the study is “predictive” and the variant is found to evade protection provided by vaccination in the real world, people should get booster shots of an omicron-specific vaccine, he said.

The World Health Organization and other top scientists had warned that the new variant, which has 50 mutations, could evade the protection provided by vaccination or natural infection. The Biden administration has urged every eligible person in the U.S. to get booster shots amid the threat of the new strain and the continued spread of the delta variant.

Vaccine makers have also said they are developing omicron-specific shots if needed. Pfizer-BioNTech has said it could develop a variant-specific vaccine within six weeks and ship initial batches within 100 days, while Moderna has said it can advance a new candidate to trials within 90 days. Johnson & Johnson said it is pursuing a modified vaccine and will progress it as needed.

In the document posted online, the researchers wrote that the antibodies generated from a combination of natural infection and vaccination might be enough to protect against the worst outcomes from the new strain.

“Previous infection, followed by vaccination or booster is likely to increase the neutralization level and likely confer protection from severe disease in Omicron infection,” they said.

Before the data were posted Tuesday, Dr. Anthony Fauci, the White House’s chief medical adviser, said it was too early to know whether the variant causes more severe disease, although early reports suggest it might cause milder illness.