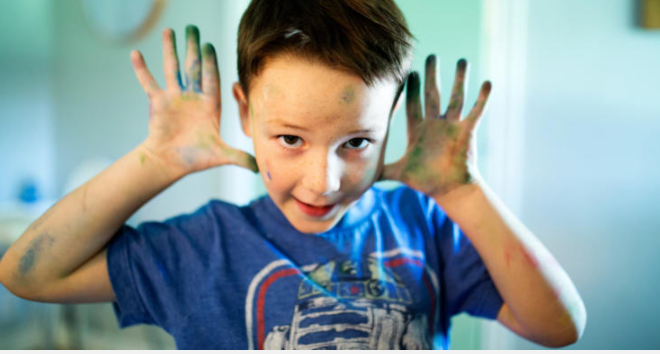 Children in the Netherlands are among the happiest in the world, research has suggested, and experts say that there could be a number of reasons why this is the case.

A UNICEF report published last year found that children in the Netherlands had the highest sense of wellbeing. The United Nations children’s agency analyzed data across 41 high-income countries, ranking the countries according to how they scored on children’s mental wellbeing, physical health, and the development of both academic and social skills.

The Netherlands was found to rank highest in the league table of the three wellbeing outcomes, followed respectively by Denmark and Norway.

Chile, Bulgaria and the U.S. were at the bottom of the table.

Separately, the Organisation for Economic Co-operation and Development’s 2020 Better Life index showed that the Netherlands scored above average across a number of areas, including earnings, education, housing and health status.

Anita Cleare, author of “The Working Parent’s Survival Guide,” told CNBC via telephone that it was important to understand the role of socio-economic factors in influencing children’s happiness. She explained that if a child has certain needs met, which is more likely in an affluent country, there’s a greater chance of achieving happiness.

Cleare said an assertive parenting style, which sets “clear boundaries with lots of love and warmth … has consistently been shown to correlate with positive outcomes for children.”

In addition, Cleare said shame could be really damaging to children, and that the Dutch have a reputation for being open to talking about topics that might be considered more uncomfortable to discuss in other countries.

The UNICEF report also highlighted that not all children living in rich countries have a good childhood.

“Even countries with good social, economic and environmental conditions are a long way from meeting the targets set in the 2030 Agenda for Sustainable Development,” UNICEF said in the report.

In order to combat these shortcomings, UNICEF urged high-income countries to consult children on how their life could be improved and ensure that policies to boost their wellbeing are integrated. UNICEF also recommended that countries accelerate efforts to meet Sustainable Development Goals, like reducing poverty and improving access to childcare.

Cleare said the Dutch had a reputation for “valuing diversity [and] being very inclusive.”

This kind of approach to parenting was important, she said, given how much pressure children now encounter both academically and socially, in terms of social media.

“So I think that growing up in a culture where everyone’s unique gifts are celebrated, and children feel like they can be who they want to be, and they’re not being judged, is likely to make friendships more positive, playground culture more positive, and is going to help children’s happiness levels,” she said.

The UNICEF research showed that 81% of teenagers in the Netherlands aged 15-years-old felt that they were able to make friends easily, which was one of the highest rates among the 41 countries included in the paper. It also showed that for 15-year-olds in the country who had a high sense of school belonging, life satisfaction was found to be the greatest.

Amanda Gummer, founder of the skills development organization the Good Play Guide, told CNBC via email that schooling is “non-competitive” in the Netherlands and that, instead, there was a focus on developing a passion for learning.

She urged parents to remember that “exam scores aren’t the be-all and end-all,” and that they should try to focus on fostering their child’s curiosity.

Gummer said there were also lessons to be learned from other countries that were considered exemplary in terms of children’s wellbeing.

For instance, in Norway, which came third on UNICEF’s list, Gummer said that there was a “culture of togetherness.”

“Helping others is great for your mental health, so think about ways your whole family can contribute to the community,” she said, suggesting that volunteering was one way to foster this sense of togetherness.