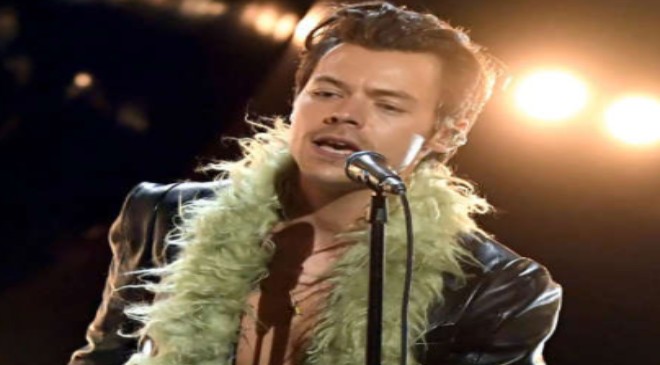 Singer Harry Styles, who is known for his gender-fluid wardrobe and love of nail polish, has launched his own beauty brand, Pleasing.

The star announced the line via Twitter and Instagram on Monday, posting a promotional image of himself with the caption “Find your Pleasing.”

The vegan and cruelty-free beauty range currently comprises six products: four nail polishes, a dual roller ball lip and eye serum, and a facial serum. With prices ranging from $20 to $75, the products are available for pre-order online and will ship at the end of November, according to the brand’s newly launched website.

“When we decided Pleasing would make beauty products I wanted to be sure they were something I would use,” Styles said in a press release. “I didn’t want to make products to mask people, I wanted to highlight them and make them feel beautiful.”

True to the star’s gender-neutral approach to fashion and beauty, Pleasing’s campaign models include both men and women. A press release said the brand celebrates “the multitude of unique identities in our community.”

Pleasing also said that the line was inspired by pearls, which Styles frequently wears, calling it an “ode to the beauty found in a simple shell.”

As well as nail products, the line also includes a two-in-one eye and lip serum called the Pleasing Pen. One end of the pen features an eye gel made from ingredients including lingonberry and okra, while the other contains a marshmallow-flavored lip treatment.

The final product is the Pearlescent Illuminating Serum, which has moisturizing properties and can be used as a priming base for makeup, according to the brand’s website. In keeping with the collection’s aesthetic, it comes in a rectangular bottle filled with white pearl-like capsules.

Styles said the product was “inspired by the Japanese skin divers — female divers who collected pearls… with no gear, just a net.”

“Their skin looks so fresh, shining in the sun, and I wanted a product that would give that feeling… like you’ve just come from the cold ocean,” he continued.

Speaking to Dazed magazine about the launch, Styles said he had worked on the line during the Covid-19 pandemic and revealed that there are more products to come.