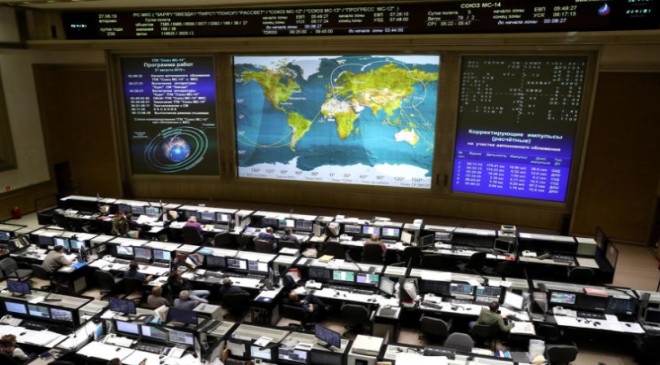 Russia confirmed it successfully took down one of its own Soviet-era satellites in its first demonstration of military capability to strike space targets with a missile from Earth, and it hit back at U.S. officials who said the test posed a threat to the International Space Station

On Monday, U.S. Secretary of State Anthony Blinken said Russia had “recklessly conducted a destructive test of a direct-ascent anti-satellite missile against one of its own satellites.”

The Russian military confirmed the launch the next day, saying they fired a missile at the defunct Soviet radio surveillance system Tselina-D, also known as Cosmos 1408 in the West, which has been in orbit since 1982.

The strike created about 1,500 pieces of trackable space debris, as well as fragments that are too small to be detected by ground-based radar, increasing the collision hazard for satellites or the ISS, U.S. officials said said. The debris from the Russian test forced the current ISS crew to seek shelter in their return spacecraft as the station was passing through the cloud of debris.

NASA Administrator Bill Nelson called Russia’s strike an “unconscionable action” that could “endanger not only the American and international partner astronauts on the ISS, but also their own cosmonauts. Their actions are both reckless and dangerous.”

Russia, however, denied that.

“The United States knows for a fact that the fragments did not pose a threat due to the timing of the test and the orbit parameters and will be no threat to space stations, satellites, or space activities in the future,” the Russian defense ministry said in a statement.

“The fragments have been added to the main catalogue of the domestic space surveillance systems, and monitoring of them began immediately,” the ministry said. “Monitoring will continue until the fragments are gone.”

Nelson said Tuesday that he spoke with Dmitry Rogozin, head of the Russian space agency Roscosmos, and expressed “dismay over the danger” to the astronauts and cosmonauts aboard the space station. “It’s critical that we ensure the safety of our people and assets in space,” Nelson tweeted.

NASA officials are currently in Moscow on a visit and will seek to discuss the weapon test with Russian counterparts, state-run media reported, citing sources within Roscosmos.

Roscosmos said Tuesday that the the safety of the astronauts remains its “main priority.”

Russia has been doubling down on efforts to reestablish itself in space. Moscow locked horns with other big space powers, like the U.S. and China, over setting rules for how much all sides can militarize space, and publicly said it stands against weaponization.

In response to criticism of this recent test, Russian diplomats said it was “hypocritical” of the U.S., accusing Washington of ignoring proposals from China and Russia to map out weapons regulations in space.

“While doing so, the United States has been actively advancing this kind of arms race. They formed the Space Command in 2020 and approved a space strategy, which is aimed, in particular, at comprehensive military superiority in outer space,” Foreign Minister Sergey Lavrov said.

“Seeking to implement this strategy, the Pentagon has been testing offensive weapons in orbit, including the deployment of orbital missile defense systems, without notifying anyone,” he continued.

This is only the fourth known anti-satellite missile strike to have taken place, with the last one carried out by India in 2019. The test created hundreds of pieces of shrapnel in orbit, to much criticism from other spacefaring nations, including the United States. The U.S. shot down a failed satellite in 2008, saying it was for safety reasons, and China carried out a strike on one of its old satellites in 2007.

The Russians have tested anti-satellite weapons several times, but this is believed to be the first to actually destroy a satellite.

Russia previously faced criticism from the U.S. for its 2020 launch of a “nondestructive test of a space-based anti-satellite weapon” done by releasing a “projectile” into orbit.

At the time, U.S. Space Command said the test demonstrated “further evidence of Russia’s continuing efforts to develop and test space-based systems, and consistent with the Kremlin’s published military doctrine to employ weapons that hold U.S. and allied space assets at risk.”

There are over 7,000 U.N.-registered satellites currently in orbit, according to the Online Index of Objects Launched into Outer Space, which is managed by the United Nations. The number is likely to increase significantly in the coming years as the private sector expands.

On Tuesday, Russia also announced that it plans to launch a military satellite from Pletetsk cosmodrome on November 25, using a Soyuz-2 carrier rocket, Interfax reported.