“Generations of Native Americans have experienced violence or mourned a missing or murdered family member or loved one, and the lasting impacts of such tragedies are felt throughout the country,” Biden wrote in his executive order. “Native Americans face unacceptably high levels of violence, and are victims of violent crime at a rate much higher than the national average.”

The order charged Attorney General Merrick Garland and Secretary of the Interior Deb Haaland with identifying resources and developing a larger strategy to combat the crisis within 240 days. Their responsibilities include:

Biden’s executive order also instructs Garland to improve data collection and information-sharing practices with tribal nations. He is tasked with assessing the current use of DNA testing and database services to identify missing or murdered Indigenous people and make recommendations on improving usage and accessibility of the tools.

Additionally, Haaland was charged with exploring proactive approaches to combatting the crisis of violence against Native Americans, such as strengthening prevention, early intervention, and victim and survivor services. 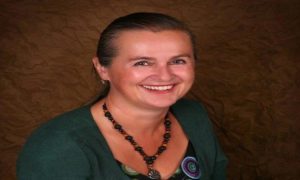