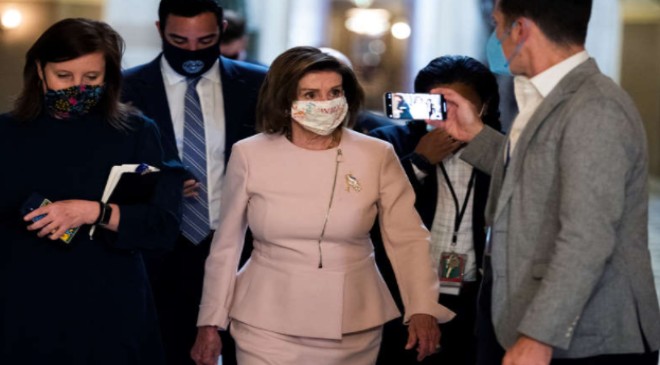 WASHINGTON—A new annual tax on billionaires’ unrealized capital gains is likely to be included to help pay for the vast social policy and climate package being finalized this weekend, senior Democrats said Sunday.

“We probably will have a wealth tax,” House Speaker Nancy Pelosi (D., Calif.) said Sunday on CNN, noting that Senate Democrats were still working on their proposal, which isn’t technically a wealth tax but bears a strong resemblance to that idea.

“I wouldn’t call that a wealth tax, but it would help get at capital gains, which are an extraordinarily large part of the incomes of the wealthiest individuals and right now escape taxation until they’re realized,” Ms. Yellen said.

Groups such as the National Taxpayers Union have objected to the tax on billionaires’ unrealized capital gains, saying it would add more bureaucracy to the tax system and impose new burdens on business investors.

The tax is expected to affect people with $1 billion in assets or $100 million in income for three consecutive years, according to a person familiar with the discussions. The idea, for which President Biden recently expressed support after excluding it from his campaign plans and administration agenda, would affect a narrower group of people than the capital-gains changes that have already flopped among congressional Democrats.

Democrats have been scrambling to find new ways to pay for the package’s roughly $2 trillion in spending after key centrist Sen. Kyrsten Sinema (D., Ariz.) signaled her opposition to increasing marginal tax rates on corporations, capital gains or individuals.

When compared with the tax-rate increases in the House bill, the emerging Wyden proposal would be significantly more progressive, in that it would raise its money from the very, very rich—likely fewer than 1,000 taxpayers—instead of the merely rich. But House Democrats have questioned whether it makes sense to add a relatively untested idea at this late stage.

A spokeswoman for Ms. Sinema said Friday that she was working with Sen. Elizabeth Warren (D., Mass.), who has pushed for an annual tax on the wealthiest Americans’ assets. That wealth tax that Ms. Warren talked about during her presidential campaign would have applied to all assets held by the wealthy. The proposal under consideration, in contrast, would focus on unrealized capital gains and it is expected to include a one-time tax on gains to date. That means a tech-company founder with $5 billion, almost all of which is unrealized gains, would be taxed more heavily than someone who just inherited $5 billion and has no unrealized gains under the tax code.

The tax on unrealized gains faces hurdles. Mr. Wyden and his staff have been working on the idea for two years but they haven’t released legislative text yet. The proposal is expected to have provisions dealing with enforcement, unrealized losses and the tricky administrative challenge of valuing illiquid assets such as closely held businesses and artwork. And it is likely to encounter well-financed legal challenges over whether it fits within the 16th Amendment’s definition of an income tax.

Ms. Sinema’s opposition to increasing marginal tax rates blocked much of that plan in the Senate, forcing Democrats to search for other ways to offset the package. Democratic leaders are planning to pass the social policy and climate package through a process tied to the budget that requires just a simple majority, rather than 60 votes, to clear the chamber. But in the evenly divided Senate, that means they can’t afford even a single defection from the Democratic caucus and only three in the House, given the expected opposition of all Republicans.

GOP lawmakers have said the influx of spending risks fueling inflation and overextending the role of the federal government.

Ms. Yellen noted Sunday that the roughly $2 trillion in spending would roll out over a period of 10 years, rather than being immediately injected into the economy.

“Of course, Americans haven’t seen inflation like we’ve experienced recently in a long time, but as we get back to normal, expect that to end,” she said on CNN.

Mrs. Pelosi said Sunday that the tax on billionaires’ assets would likely only generate somewhere between $200 billion and $250 billion in revenue over 10 years, but that Democrats would be able to find other ways to pay for the bill’s cost. She said she expected an agreement reflecting a consensus of all 50 senators on the tax and revenue portion of the bill to emerge early this week.

Other possibilities that Ms. Sinema appears open to include an excise tax on stock buybacks and a 15% minimum corporate tax rate, designed to raise taxes on companies that are paying low rates now because of legal use of tax breaks.

The package is expected to include universal prekindergarten for three and four-year-olds, subsidized child care, an expansion of beefed-up Affordable Care Act subsidies for three years, and several years of healthcare coverage for people in certain states that chose not to expand Medicaid, according to lawmakers and aides.