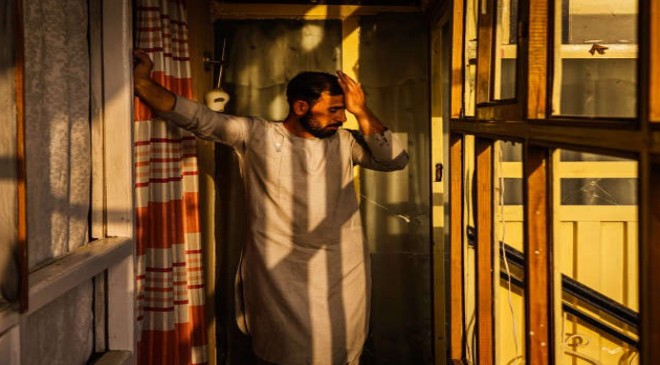 The U.S. Defense Department said Friday that it was working to provide condolence payments to relatives of 10 innocent Afghans killed in a mistaken drone strike and to help relocate some of them to the United States.

The payments were discussed in a virtual meeting Thursday between Dr. Colin Kahl, undersecretary of Defense for policy, and Steven Kwon, founder and president of the nonprofit group Nutrition & Education International. The Pasadena charity had employed Zemari Ahmadi, who was mistaken for a terrorist and killed in the Aug. 29 strike on the family compound.

In an interview and video this week, Ahmadi’s brother Emal Ahmadi told The Times he was still awaiting an apology and compensation from the U.S. weeks after the Pentagon admitted the error and said it would explore ex gratia payment for the family. Saturday, Emal Ahmadi said he had still not heard from the U.S. or from Nutrition & Education International. He learned of the meeting between Kahl and Kwon only when told by The Times.

“I feel very glad to hear this,” said Ahmadi, who believes his family was under threat by the Taliban because of his brother’s work with an American nonprofit. “I have no words. We are always in danger since the Taliban took rule of the country.”

The military launched the strike believing Zemari Ahmadi posed an imminent threat to U.S. forces involved in evacuations at the airport in Kabul as the Taliban was taking control of the Afghan capital. He was believed to be a member of an offshoot group known as Islamic State in Khorasan, or ISIS-K. The attack came in the final days of the United States’ two-decade failed attempt to replace the Taliban with a stable Western-backed government.

In a statement, Pentagon spokesman John Kirby said Khal reiterated with Kwon that the strike was a “tragic mistake” and that Zemari Ahmadi and the other victims, including seven children, “were innocent victims who bore no blame and were not affiliated with ISIS-K or threats to U.S. forces.”

Kirby said the Pentagon was working with the State Department to help relocate the family to the U.S.

Emal Ahmadi said he was confident the U.S. would honor its pledge.

America is a superpower, therefore we believe in them,” he said. “Whatever America says, they must act accordingly, and I believe that they are going to pay and relocate us.”