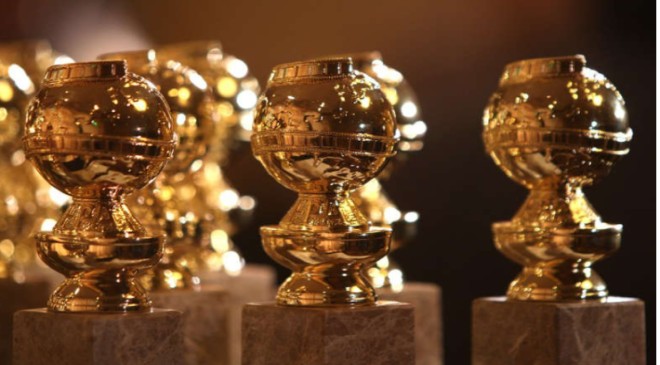 NBC has refused to televise the Golden Globes in 2022. Publicists have boycotted the Hollywood Foreign Press Assn., and a contingent of studios and streamers cut ties with the embattled group, which came under fire after a Times investigation in February brought to light allegations of financial and ethical lapses and pointed out that none of the HFPA’s then 87 members was Black.

Nevertheless, the HFPA has decided the show must go on, announcing Friday afternoon that it will reveal a slate of awards winners on Jan. 9, the same day that the Critics Choice Assn., a rival group composed primarily of junket press and regional TV entertainment anchors, will present its awards in a ceremony set to be televised on the CW Network.

That the HFPA is forcing its way back into the awards season picture, countering NBC’s suggestion, made in May when it pulled the plug on the show, that “change of this magnitude takes time and work, and we feel strongly that the HFPA needs time to do it right,” isn’t exactly surprising. When the vultures are circling (and I’ll get back to the Critics Choice Assn. in a moment), you need to keep moving and show signs of life, even if that means you’ll be announcing your awards on, I don’t know, Facebook Live to an audience of 200 people.

Since riding out months of criticism, the HFPA has enacted a handful of reforms, adding 21 members to its ranks, including six who are Black, and approving a new set of bylaws designed to police members’ conduct, address internal compensation and prohibit the kind of perks studios can give to influence voting.

But many publicists and studio executives remain skeptical that the HFPA has sufficiently changed.

“Increasing diversity answered one problem — but it wasn’t the core problem,” says one veteran awards consultant, who, like others quoted here, asked to remain anonymous to avoid client conflicts. “There’s never been an ethical core to this group, and I don’t know that these new bylaws do anything to change that. It’s still the same people. To kill a snake, you have to cut off the head. And that hasn’t happened.”

As of now, the HFPA has no television partner for its proposed 2022 ceremony, a situation unlikely to change between now and January. And since studios and publicists have unfriended the group, it’s fair to wonder how many movies members have seen — or will see — in order to make an informed vote for nominations. (I know you’re not necessarily expecting that kind of thing from this group, but, remember, they’re reforming!)

Do studios and publicists care enough about the 2022 Globes to once again court the HFPA so soon after scandal? What actor would go out on a limb and show up at that ceremony, real or virtual? Emails and text messages on that topic have been flying around Hollywood since the HFPA announced it’s baaaaack, with one source saying that there will likely be a meeting next week of representatives from studios, streamers and personal publicists to discuss a response.

“For an award to be meaningful, the group bestowing it has to have at least the appearance of respectability,” one publicist representing several Oscar winners tells The Times. “I think we’re at least a year away from saying that about the HFPA again — if we ever did in the first place.”

But to Hollywood, what was long meaningful about the Globes wasn’t necessarily the awards themselves (despite the often teary speeches thanking the Hollywood Foreign Press Assn.), but the marketing opportunity that the ceremony offered to increase audience awareness of the movies themselves. Stars have long shown a willingness to sell their films (and satisfy their egos) by showing up to collect a prize at just about any ceremony, even as dubious an enterprise as the Hollywood Film Awards, where honors were often bestowed on actors without anyone ever having seen the performances.

Which brings us to the Critics Choice Awards, which swooped in after the HFPA imploded and snagged its Jan. 9 ceremony date. The group’s CEO Joey Berlin said he was OK with the perception that the Critics Choice Assn. could supplant the Globes, telling Vanity Fair: “It’s one thing to replace the Globes, but we want to be bigger and better.” (This year’s telecast on the CW drew 337,000 viewers for a 0.1 rating among adults 18-49.)

In addition to bestowing prizes for both film and television, the two groups have other points in common.

As with the HFPA, Critics Choice members like to take selfies with celebrities. Also like the HFPA, the Critics Choice Assn. allows studios to pay for its members’ airfare and high-end hotel stays during lavish promotional junkets.

The HFPA has surely taken notice, deciding not just to announce the Golden Globes winners on the same date as the Critics Choice ceremony, but also to reveal its nominations on Dec. 13, which is, yes, the date the CCA is disclosing its slate. Berlin called the move “petty and vindictive.” One awards consultant I spoke with had a different reaction: “Funny is what it is. These two groups deserve each other. Nobody takes them seriously. You just wonder why no one has ever come up with a better alternative to them.”