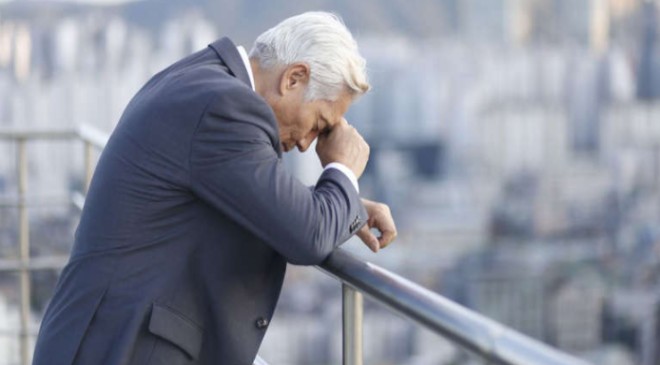 Havana Syndrome seems to have struck again. The mysterious illness, which has shown up in embassies and government buildings across the world, has reportedly affected some people at the U.S. embassy in Colombia.

The State Department is investigating recent complaints of brain injuries linked to Havana Syndrome, a senior administration official told The New York Times on Tuesday. It’s unclear how many people at the Bogotá embassy were impacted but officials said that at least two embassy employees have been affected.

This isn’t the first time Havana Syndrome has made headlines this year. In May, reports surfaced of two White House officials who developed symptoms of Havana Syndrome the previous fall. One was an official on the National Security Council, who was afflicted in November 2020 as they tried to walk through a park just south of the White House, according to CNN. The other happened weeks later, near an entrance to the White House.

But what is Havana Syndrome, exactly, and what’s causing it? Full disclosure: There’s a lot of mystery surrounding the illness. Here’s what we know so far.

What is Havana Syndrome?

Even the definition of Havana Syndrome can be tricky to pin down. The term describes a mysterious condition that has been linked to a slew of symptoms, including headaches, dizziness, nausea, fatigue, difficulty concentrating, memory loss, confusion, disorientation, trouble walking, insomnia, sensitivity to sound, ear pain and pressure, tinnitus, and brain abnormalities that include concussion-like symptoms, according to the Journal of the Royal Society of Medicine. Most patients have said they heard an eerie sound when they developed symptoms.

What are the origins of Havana Syndrome?

Symptoms were first reported in 25 diplomats to the U.S. embassy in Havana, Cuba, between November 2016 and June 2018, per the Journal of the Royal Society of Medicine.

Government doctors have said they suspect a sonic device is behind the health problems, but no official cause has been found. During the original instances of Havana Syndrome, diplomats were affected at their homes and near Cuba’s Hotel Capri and Hotel Nacional de Cuba.

But more cases of Havana Syndrome, in other places, have surfaced since then. At least three CIA officers have experienced serious health complications from Havana Syndrome episodes while they were overseas, according to The New York Times. One occurred in 2020, when an officer says he suddenly developed severe nausea and headaches after pulling into an intersection. His 2-year-old son, who was in the backseat, started crying. After he left the intersection, his symptoms improved and his son stopped crying. It’s not clear if they experienced long-term complications.

There has been some research into the illness. A JAMA study of 40 people who had neurological symptoms of Havana Syndrome found that the patients had smaller whole brain white matter volume and other “significant” differences in their brain structure when compared to people who did not think they had Havana Syndrome. However, the researchers found, it’s difficult to know what those brain differences mean.

How is Havana Syndrome prevented and treated?

Treatment for Havana Syndrome is difficult, given that doctors don’t even know what causes it in the first place, says Amit Sachdev, M.D., medical director in the department of neurology at Michigan State University.

The symptoms from Havana syndrome are very similar to those of a concussion, he points out. And, as a result, he says, “treatments are limited to a small number of medicines and therapies,” with no real consensus on how patients should be treated. “Those therapies will be used by trial and error until a pattern emerges that supports a best practice,” Dr. Sachdev says.

As for prevention, there’s also no clear idea on how to keep people from developing Havana Syndrome in the future, says Omid Mehdizadeh, M.D., an otolaryngologist and laryngologist at Providence Saint John’s Health Center in Santa Monica, CA. Doctors don’t even know what causes the illness, let alone how to prevent it, he points out.

Dr. Sachdev agrees. “We don’t know enough about how these injuries happen,” he says.

Try 200+ at home workout videos from Men’s Health, Women’s Health, Prevention, and more on All Out Studio free for 14 days!