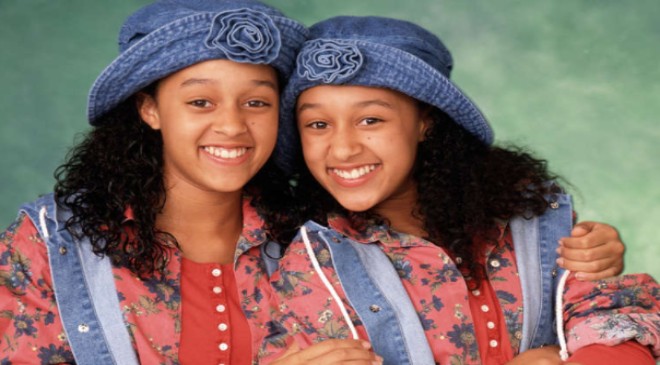 Oh, yes! It’s that time of the year again — when Mercury retrograde creates havoc on all earthlings. From September 27 to October 18 we’ll experience everything from miscommunications to travel issues to technological breakdowns.

Mercury retrograde brings confusion, doubt, and exes back into our lives. This particular retrograde will affect the way we connect with others, being that it is occurring in Libra (which is a relationship-oriented zodiac sign). In case you’re stressed, we picked out an old TV show for you to get sentimental with, based on your zodiac sign, that will get you through the seasonal planetary moonwalk. Don’t worry, we got you!

Aries: Inheritors or The Heirs

Aries like to be the best at everything, even if it means stepping over and backstabbing those that they care about. This Korean drama series will show the rambunctious ram the pitfalls of their desire for top billing and achievement — mostly because the premise of the show is about how the families of upper crust high students control their realities and lives (which blows up in a big way). It’ll teach Aries to loosen their reigns.

Any Taurus knows the importance of having a group of supportive friends and coworkers. Plus, they also know the work that’s involved in building a reputable career and dating. Therefore, it should be no surprise that the Bull will find comfort and joy in watching the adventures of Mindy Lahiri, as she navigates an amazing career while trying to find love in NYC. This series will be the only show Taurus will want to watch.

The twin star sign Gemini will find amusement and parallel vibes in watching the tales of Tia and Tamera, who similarly to them were twin siblings who were separated, but later reunited (Tia and Tamera were separated at birth, while Castor and Pollux, the twins who make up the constellation Gemini, were separated at death). Sister, Sister is totally going to be Gemini’s favorite show to watch, once they re-familiarize themselves with the hilarious sitcom.

At the heart of this endearing sitcom is the Winslow family, who have a neighbor Steve Urkel. Although Urkel is all up in their faces 24/7 and has a crush on the eldest daughter Laura, the Winslows put up with the annoyances he brings their way. Much like the sentimental sign Cancer, their loyalty to each other is never ending — even when Steve embarrasses Laura at school and breaks valuable items around their home.

Leo: Mozart in the Jungle

Leos like to put on a show (they’re known as the performers and entertainers of the zodiac). That is why they’ll relate to this plot line. The series focuses on the creative and romantic relationship between Rodrigo De Souza (the new composer of the New York Symphony) and Hailey Rutledge (an oboist who yearns to play in the orchestra). Both add passion, motivation, and encouragement to the other’s career and dreams, which Leo can appreciate.

Virgo’s sarcastic and brainy persona aligns with the vibe of Daria Morgendorffer, who tries to live under the radar at home and at Lawndale High School. Her smart and witty quips, along with her analytical nature will make Virgo smile, as they’ll have relatable content and entertainment to watch during Mercury’s moonwalk. Plus, they’ll feel seen and understood at all times while Daria explores many teenage dramas in this iconic coming-of-age series from the ‘90s.

Libra: If Loving You Is Wrong

Libras have a reputation for being lovers of love. This series from Tyler Perry explores the lives and relationships of people who live in the same neighborhood. The show focuses on the scandals, secrets, entanglements, happiness, friendships, and romances that tear the community apart and bring them together. If Loving You Is Wrong will become a favorite show (if it’s not already) amongst Libras. They won’t be able to stop watching during this Mercury retrograde.See the video on YouTube.

There is nothing Scorpio likes more than watching a juicy drama that they can sink their teeth into (excuse the pun…but, that is just a Scorpio Fact). The Vampire Diaries offers the mystical, enigmatic, and magical zodiac sign a lot of thrills and chills, with a sizzling side of passion. It will also satisfy Scorpio’s deep and intense nature to love unconditionally. After all, true love is skin deep (sorry, not sorry for the second vampire pun).

Sailor Moon and her Sailor Guardians are the protectors and defenders of the universe, much like the constellation Sagittarius who is the fiery warrior that resides at the Milky Way. Sagittarius will resonate with Sailor Moon and company’s desire to fight for the safety of others — even if that means putting their lives in jeopardy. This show will remind Sagittarius about their innate ability and want to help those in need of their strength.

Capricorn is known to adhere to social norms and to be enthralled with class status, which is why viewing all three seasons of Suburgatory will help them see that they need to trash their elitist views and rally with those who aren’t the most popular at school and don’t wear designer duds. For the sea-goat who isn’t consumed with stature, watching this show will make them have a few chuckles and laughs at high society.

Aquarians have an unique sense of humor, which means that they enjoy watching dramedies that make commentaries about life. This show, which is called a “millennial telenovela,” explores humanitarian issues and sheds light on global issues — which will give social reformer Aquarius a lot of inspiration. All the more reason for them to watch La Casa de Las Flores during this planetary retrograde, to ensure they don’t lose track of their values and beliefs.

Pisces: Once Upon a Time

Pisces love to escape into their own worlds and imaginations, which makes it easy for them to get lost in books they read. Therefore, it should be no surprise that they will enjoy watching old episodes of the hit TV show Once Upon a Time. The collision between real life and fairy-tales will take the water sign on an intoxicating journey between worlds, which will ignite their curiosities, creativity, and dreaminess at the same time.