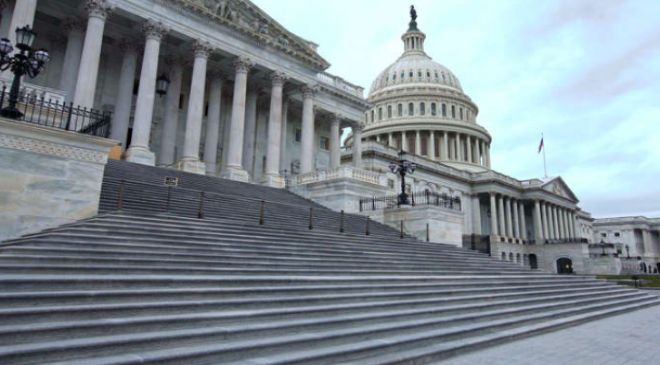 The debt ceiling is the amount of money the U.S. government can borrow to pay its bills. The cap is at $28.4 trillion; the national debt is at $28.43 trillion.

Treasury Secretary Janet Yellen has said the U.S. has until Oct. 18 before it faces default. Yellen also warned in a letter to House Speaker Nancy Pelosi on Sept. 28 that failure to act on the debt ceiling “could also result in substantial disruptions to financial markets.”

We do not have the luxury of waiting until October 18th, as it is our responsibility to reassure the world that the United States meets our obligations in a timely fashion and that the full faith and credit of the United States should never be in question,” Schumer said.

Experts say it is imperative Congress raise the debt ceiling before a default wreaks havoc. They told USA TODAY no one knows for sure what will happen if Congress doesn’t reach a deal, because the U.S. has never defaulted before.

Moody Analytics said in September that a default “would be a catastrophic blow to the nascent economic recovery from the COVID-19 pandemic.”

What’s next for the debt ceiling?: Democrats, Republicans still at odds over an increase

The last time the U.S. credit rating was downgraded

The U.S. could face credit rating downgrade for the first time since 2011 if lawmakers cannot reach a deal, Fitch Ratings warned on Oct. 1.

Congress narrowly solved the 2011 debt ceiling debacle by passing the Budget Control Act, which raised the debt limit by up to $2.4 trillion in two installments.

But because of delays, Standard and Poor’s downgraded the nation’s credit rating from AAA to AA+. The nonpartisan Government Accountability Office estimates the fiasco increased borrowing costs by $1.3 billion in fiscal year 2011.

If the U.S. defaults on its debt for the first time, the results could lead to a global recession, Treasury officials and experts say. A tanked market would hurt 401(k)s and other investments. For example, a debt ceiling standoff in 2013 cost the economy 1% in GDP.

Financial experts predict job losses, along with a spike in mortgage, credit card and car payments.

The nation would be unable to pay federal salaries or Social Security and Medicare providers. Millions of families would lose access to expanded federal child tax credit payments.

What happens if the government runs out of money?

Marc Goldwein, senior vice president and senior policy director for the Committee for a Responsible Federal Budget, said the U.S. defaulting on its debt is not the same as a federal shutdown, but there are similarities.

“We can still make some payments … but we can’t make all payments because we are running a deficit,” Goldwein said. “So the question is, what payments don’t we make? There is no public protocol or playbook for that.”

Tom Kahn, a faculty fellow at the Center for Congressional and Presidential Studies at American University and a staff director of the House Budget Committee for 20 years, said a few scenarios could play out besides Biden choosing which payments to make if there is a default.

“Another theory is that the president does not have that authority under law, and therefore bills will basically get paid as they come in and go out,” Kahn said. “A third theory is government employees can keep going to work. They just may not get paid for it.”

What happens if the government runs out?: How debt ceiling crisis could impact your finances

William Hoagland, senior vice president of the Bipartisan Policy Center, estimates there is about $2 billion in federal salaries and about $2 billion for Medicare provider benefits that the U.S. probably wouldn’t be able to pay on Oct. 18.

“I don’t think anybody knows exactly how we would handle this. But since we just passed a continuing resolution that funds government through Dec. 3, the money is there appropriated,” Hoagland said. “But we’re not able to actually honor those payments” if there is a default.

Experts: Debt ceiling must be raised

“I don’t know how we will raise that limit, but we will, because we have to,” Goldwein said.

Schumer and Senate Minority Leader Mitch McConnell have gone back and forth over which party is responsible for solving the problem.

Senate Republicans have repeatedly opposed taking action on the debt ceiling. McConnell argues Democrats alone should raise it by including it in the $3.5 trillion social welfare reconciliation package. Twice last week, Senate Republicans thwarted Democratic plans to raise the debt limit. Democrats need 10 votes to overcome a filibuster by the GOP.

Democrats have called Republicans irresponsible for not helping with the debt ceiling. It was raised three times while President Donald Trump was in office, with the help of Democrats. Schumer says he opposes using reconciliation for the debt limit because it would be time-intensive.

It “requires ping-ponging separate bills back from the Senate in the House. It’s uncharted waters,” Schumer said last week.

The Senate is debating a House-passed measure to suspend the debt limit until December 2022, but it is expected to fail given Republican opposition.

In a news briefing Monday, Biden called on Republicans not to use a filibuster to block the measure.

“A meteor is headed to crash into our economy. Democrats are willing to do all the work stopping it. Republicans just have to let us do our job. Just get out of the way,” he said.

“Republicans say they will not do their part to avoid this needless calamity – so be it,” Biden added. “But they need to stop playing Russian roulette with the U.S. economy.”

Hoagland said one possibility lawmakers could use is for the Senate Budget Committee to quickly put together a revised budget resolution for the current year that reconciles the debit limit.

Once it gets out of the committee to the Senate floor, it wouldn’t be subject to a filibuster. The Senate would pass it with only Democratic support, then send the bill to the House. The House would then adopt the revised budget resolution.

McConnell would need to make sure Republicans would not offer amendments to delay the process, Hoagland said.

Another route is to get rid of the filibuster on increasing the debit limit, which Hoagland said was “dangerous.” In 2012, then-Senate Majority Leader Harry Reid ended the filibuster – the so-called nuclear option – on federal judge confirmations in the Senate.

“But again that would mean you still have to come up with 51 votes, and you get no Republican support for that,” Hoagland said.

Kahn predicts there will be a last-minute deal between Republicans and Democrats.

“It may end with a short-term debt ceiling extension,” Kahn said. “We could kick the ball down the road for a month or two, and then face it again. Or we could extend the debt ceiling through December 2022.”

“Ultimately we got ‘veto raise the debt limit,” Goldwein said. “There’s not really a magic solution.”