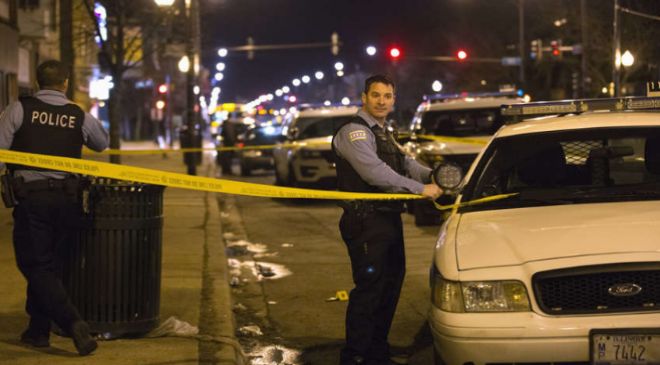 A resilient Chicago police officer says she is not quitting the force after suffering multiple gunshot wounds during a firefight on Friday.

After being wounded in action, the 30-year-old officer radioed a message to her fellow officers on Saturday, saying she intends to be back in action soon, the Chicago Sun Times reports.

“I just want to say thank you to everybody that responded, and I’ll be back soon. Have a good night, y’all be safe,” she said.

The unidentified officer who has been on the force for two years was reportedly responding to the scene of a shooting on Friday evening when she saw an injured person in the middle of the road.

As she got out of her patrol car to render aid to the injured person, she was struck multiple times in the legs with gunfire, Police Supt. David Brown said. Another officer took her to the University of Chicago Medical Center to be treated for gunshot wounds, according to Brown.

“One of the things that she conveyed to me is that she didn’t get an opportunity to apply a tourniquet to one of the wounded men out there,” Brown explained. “It’s just, you know, extraordinary commitment, extraordinary police work. This city should be proud of its police officers.”

The officer was the 12th Chicago police officer to be wounded by gunfire this year, according to Brown.

“It illustrates their extraordinary courage and dedication to serve the people of Chicago,” Brown said.

Two are in custody in relation to the Friday evening shooting, both with criminal records, police say.