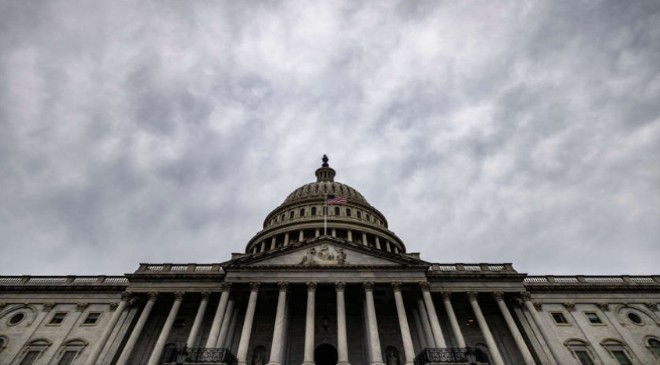 The United States could plunge into an immediate recession if Congress fails to raise the debt ceiling and the country defaults on its payment obligations this fall, according to one analysis released Tuesday.

Mark Zandi, chief economist at Moody’s Analytics, found that a prolonged impasse over the debt ceiling would cost the U.S. economy up to 6 million jobs, wipe out as much as $15 trillion in household wealth, and send the unemployment rate surging to roughly 9 percent from around 5 percent.

Lawmakers in both parties agree that the debt ceiling must be raised to avoid economic calamity, but their standoff over how to do so has intensified. Despite the national debt increasing by close to $8 trillion under President Donald Trump, Republicans have been adamant that they will refuse to help Democrats increase the debt ceiling, in opposition to President Biden’s spending plans.

The Treasury Department has said it will exhaust its “extraordinary measures” to pay the U.S. obligations sometime in October, giving lawmakers little time to act to head off calamity.

“This economic scenario is cataclysmic. … The downturn would be comparable to that suffered during the financial crisis” of 2008, said the report, written by Zandi and Bernard Yaros, assistant director and economist at Moody’s Analytics.

The debt limit is the maximum amount of debt that Treasury can issue to pay the country’s bills. It was suspended from 2019 through the beginning of last month under a deal reached during the Trump administration. If Congress fails to increase the debt limit, Treasury would be unable to pay debts as they come due. Treasury Secretary Janet L. Yellen said earlier this week that such a default would be unprecedented in U.S. history. Moody’s “best estimate” is that this date is Oct. 20, although Treasury has not given a more precise day.

At that point, Treasury officials would face excruciating choices, such as whether to fail to pay $20 billion owed to seniors on Social Security, or to fail to pay bondholders of U.S. debt — a decision that could undermine faith in U.S. credit and permanently drive federal borrowing costs higher.

Failure to raise the debt limit would have catastrophic impacts on global financial markets. Interest rates would spike as investors demand a higher rate of return for the risk of taking on U.S. debt given uncertainty about repayment. An increase in interest rates would ripple through the economy, raising costs not only for taxpayers but also for consumers and other borrowers. The value of the U.S. dollar would also decline long term as investors questioned the security of purchasing U.S. treasuries. The cost of auto and home loans would rise.

Stock prices would be cut almost in one-third at the worst of the selloff, wiping out $15 trillion in household wealth,” the Moody’s report finds. The market would rebound once the impasse is resolved, but some amount of the losses would be permanent. “Treasury yields, mortgage rates, and other consumer and corporate borrowing rates spike, at least until the debt limit is resolved and Treasury payments resume.”

Both parties remain confident a debt ceiling breach will be avoided. Both White House officials and GOP lawmakers have insisted in recent days that the debt ceiling will be raised or suspended. But they are sharply divided over how that will occur.

Republicans have insisted that Democrats should increase the debt limit on their own, because they are pushing trillions of dollars in new spending priorities. But Democrats have rejected that approach because current national debt levels, which require raising the debt ceiling, are due to an array of policy priorities from both parties. The debt ceiling would have to be raised or suspended regardless of the spending package being pursued by the Biden administration.

The path forward is unclear. Congressional Democrats on Monday unveiled a plan to package the debt ceiling suspension with funding the federal government — which would otherwise shut down at the end of this month — along with emergency funding for disaster relief and Afghan refugee resettlement funds. Republicans are expected to block the measure, with even moderate GOP senators saying they will vote against that package as long as it includes raising the debt ceiling. Democrats will then face a choice about their next steps.

Even resolving the matter before the debt ceiling is breached could hurt U.S. taxpayers and the American economy in the long term. The budget battles over the debt ceiling of 2011 and 2013 under the Obama administration created financial uncertainty and deflated business investment, costing the U.S. economy as much as $180 billion and 1.2 million jobs by 2015, according to Zandi and Yaros.

Historically, both parties have come together to ensure the debt ceiling gets raised. Turning it into a political pawn would jeopardize international faith in the U.S. government, driving the cost of borrowing higher, even if it is not breached.

Brinkmanship around this whole process will be reflected in higher cost to taxpayers,” Zandi said in an interview. “There is a cost to doing this in a way that is not at least somewhat bipartisan.”