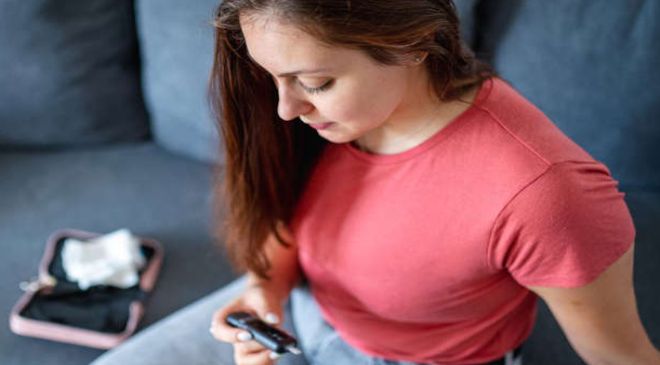 More than 34 million people in the U.S. have diabetes—a condition that requires constant blood monitoring, careful consideration of every meal, and being prepared for unexpected drops or spikes in blood sugar. “I try to impress on my patients all the time that there’s a curse and a benefit to diabetes and both of them is that you have so much control,” says Beatrice Hong, M.D., an endocrinologist and assistant professor of medicine at Duke University. She says if you have a good understanding of the condition and put effort into managing it, you can do well—but a lot of responsibility is in your hands.

No matter the type of diabetes you have, for your body to function at its best, blood glucose levels must be kept in check. If they go too low (a status known as hypoglycemia) or too high (hyperglycemia) and you don’t address it immediately, the effects can be detrimental. “In the short-term, if you let your sugar stay too high, you run the risk of it getting worse and becoming something serious like diabetic ketoacidosis or hyperglycemic hyperosmolar syndrome—both of which could land you in the hospital,” says Dr. Hong. “On the long-term side, the longer your sugars stay high, the more likely you are to have long-term complications. Diabetes is such a systemic disease that having high blood sugars can be cumulative over time so you run the risk of eye problems, kidney problems, nerve problems, foot problems, or heart problems.”

To better manage hyperglycemia, it’s helpful to know potential triggers. “Probably the first thing most people think about is food–in particular, carbohydrates—and I would say even more specifically, simple carbohydrates would be the most likely culprit,” says Dr. Hong. Foods that have a high glycemic index (meaning the body breaks them down into sugar very quickly, leading to a blood sugar spike) include things like white bread, potatoes, or rice.

Beyond that, a common cause for a rise in blood sugar is a missed insulin dose, but it’s not always a matter of forgetting an injection. “For example, in patients who are using an insulin pump, if the pump malfunctions or if there is a kink in the tubing or the infusion site is lodged and they are not aware that the insulin is not infusing, then that may happen,” says Lorena Wright, M.D., an endocrinologist and the director of the LatinX Diabetes Clinic at UW Medicine. Insulin that is exposed to heat (like in a hot car) won’t work as well either. “It’s not toxic, but it’s just not as effective,” says Dr. Wright. That means your typical dose might not be as potent as you’re used to, making the insulin less effective.

“The other situation is illness,” says Dr. Wright. “If patients are getting a cold or the flu or a stomach bug and they are throwing up and not eating and not feeling well, then that might precipitate an episode of diabetic ketoacidosis. Or, sometimes a patient might have a heart attack or a stroke and in patients with type 1 diabetes, that might precipitate diabetic ketoacidosis as well.” You’ll also want to consider any non-diabetes medications you’re taking as research shows some (including specific beta-blockers, antibiotics, and antipsychotics) can increase blood glucose levels. “Steroids are very well known for causing this,” says Dr. Hong.

What about stress or hormone fluctuations? “Yes, absolutely, stress can certainly cause a rise in blood sugars,” says Dr. Hong. “In regards to hormonal fluctuations, some female patients with type 1 diabetes will experience differences in their blood glucoses depending on where they are in their menstrual cycle but this effect is not often seen in patients with type 2 diabetes.”

How can you tell if your blood sugar is high?

If you don’t have a glucometer (a compact meter that tests for glucose in a drop of blood), there are some physical symptoms that indicate high blood glucose. “Usually if blood sugar is very high, the kidney is trying to eliminate all that sugar and in order to eliminate all that sugar, we need water to get rid of things,” says Dr. Wright. “That causes increased urination.” You might also experience thirst as your body gets more dehydrated from the loss of fluid. “Other patients, they describe that they might feel dizzy or sometimes they feel like their hands are tingly and that’s when they know that the blood sugars are high,” adds Dr. Wright. Unfortunately, diabetes affects nearly every body part so symptoms can vary greatly. “Other signs could be fatigue, just really not having the energy that you would expect you should have at that time,” says Dr. Hong. “And then more severely, things like nausea and vomiting or even abdominal pain can be signs of hyperglycemia.”

Those are all acute issues, but if blood sugars stay high for a while, particularly in patients who have newly diagnosed diabetes or those who don’t even know they have it yet, there might be blurry vision or unexplained weight loss, according to Dr. Wright. “It is very important to check blood sugar regularly, because by the time patients have symptoms like that, then blood sugar is already really, really high,” she says. “Ideally we don’t really want to get to that point.” Oftentimes, glucose remains high and damages tissues internally without causing obvious outward symptoms.

First, if you’ve missed an insulin dose or your pump is not working, the first thing to do is correct the underlying problem, according to Dr. Wright. “Insulin is a normal hormone in our body that’s normally produced by the pancreas and what insulin does is it acts as a shuttle and it shuttles glucose from the blood and into the cells so that it can be used as fuel,” explains Dr. Hong. “So, for somebody with diabetes, if they have high blood glucoses, by giving themself more insulin they’re essentially helping to facilitate the movement of glucose into the cells so that the blood glucose levels drop and the cells receive more fuel or glucose.”

“I don’t generally recommend that you take it on an as-needed basis,” says Dr. Hong. “Typically, diabetes medications are meant to be taken on a daily basis or in a scheduled way.” (Insulin is different in that you can schedule doses and also use it in response to high blood sugar.) “If you forget to take your medication, then absolutely, your blood sugars can go up, and then if you take it again, the sugars will certainly come back down,” says Dr. Hong. Just keep in mind that medications (like Metformin) won’t work as quickly as insulin, especially if it’s been a while since you had your last dose or if you haven’t been taking it as often as you should.

While you get your insulin and/or medication on track, you also need to focus on hydration. “Don’t drink juice,” says Dr. Wright. “Drink water and hydrate aggressively.” That’s because dehydration is a key component of diabetic ketoacidosis. “When your blood sugars are high, your body is desperately trying to get rid of [the excess sugar] and so what it does is it dumps it into your urine and along with it, a lot of water because it’s trying to flush it out of your system,” explains Dr. Hong. “So people who have high blood sugars are generally always dehydrated and drinking a lot of water actually helps you flush the system and also helps dilute the amount of blood glucose in the blood.”

Go for a walk

If you have insulin in your body and you’re not feeling nauseous, try taking a stroll around the neighborhood. “Any type of aerobic exercise can absolutely help with your blood glucoses,” says Dr. Hong. In fact, she points out, “there are several studies out there that demonstrate that taking a moderate intense walk for about 20 minutes after a meal can decrease your blood glucoses by 20 to 30% easily. The way that works is that you’re actually having your muscles use more fuel and their fuel is glucose.” The result? Less glucose is left floating around in your bloodstream. However, it’s important to note that exercise only helps if you have insulin in your system. “It would be a terrible idea for someone who is almost in diabetic ketoacidosis to go for a walk and not use insulin,” says Dr. Wright. But if there is insulin and you’re not feeling sick a walk should help lower your blood sugar.

When to seek medical care

“I would say that anybody with type 1 diabetes, first of all, they should always carry ketone sticks with them,” says Dr. Hong. “So, if blood sugars were to run high or they were to feel sickly, they should test their urine for ketones and if that is positive, they should seek care from a doctor or an emergency room.” She says anyone (whether they have type 1 or type 2 diabetes) should seek care if they feel very sick, have nausea, vomiting, severe abdominal pain, confusion, or trouble thinking clearly. “And then, if they are checking blood glucoses and they notice that their sugars are running significantly higher than what they’re used to and it’s not responding to any of their usual care such as drinking water or taking their insulin, they should absolutely seek care and speak to the doctor as well,” Dr. Hong adds.