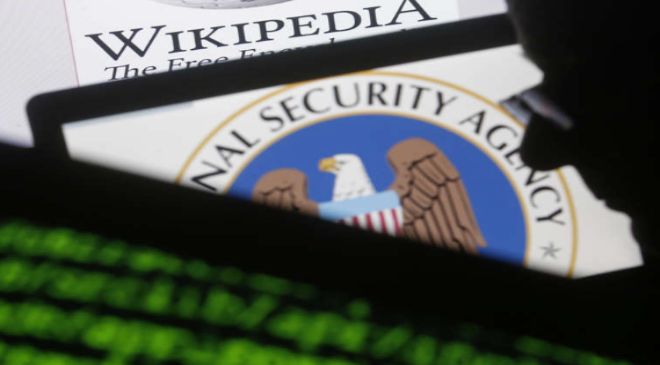 (Reuters) – A U.S. federal appeals court has upheld the dismissal of a lawsuit by the Wikimedia Foundation, which runs Wikipedia, that challenged the National Security Agency’s mass interception and searching of Americans’ international internet communications.

In a divided ruling on Wednesday, the 4th U.S. Circuit Court of Appeals said that the lawsuit must be dismissed after the government invoked the “state secrets privilege”, which meant that a full exploration of the issue in a court would damage national security.

The Wikimedia Foundation had said in its lawsuit that the NSA’s “Upstream” surveillance programme captures some of its international communications and is a violation of the U.S. constitution’s First Amendment free-speech rights and its Fourth Amendment rights against unreasonable search and seizure.

“The court again dismissed the case, holding that Wikimedia didn’t establish a genuine issue of material fact as to standing and that further litigation would unjustifiably risk the disclosure of state secrets,” Judge Albert Diaz wrote in a majority opinion by the court.

“Although the district court erred in granting summary judgment to the government as to Wikimedia’s standing, we agree that the state secrets privilege requires the termination of this suit,” Diaz wrote.

Judge Diana Gribbon Motz, who dissented in the court ruling, warned that the majority opinion “stands for a sweeping proposition: A suit may be dismissed under the state secrets doctrine, after minimal judicial review, even when the government premises its only defenses on far-fetched hypotheticals.”

Upstream’s existence was revealed in leaks by former NSA contractor Edward Snowden in 2013 and the lawsuit was filed in the aftermath of those revelations.

The Wikimedia Foundation said it disagreed with the ruling on Wednesday.

“In the face of extensive public evidence about NSA surveillance, the court’s reasoning elevates extreme claims of secrecy over the rights of Internet users,” said James Buatti, senior legal manager at the Wikimedia Foundation.

The lawsuit was first dismissed in 2015 after a U.S. District judge found lack of evidence that the NSA was conducting surveillance “at full throttle.” But the 4th U.S. Circuit Court of Appeals revived the case in 2017 and sent it back to the lower court, which again dismissed it in 2019.

(Reporting by Kanishka Singh in Bengaluru; Editing by Sam Holmes)