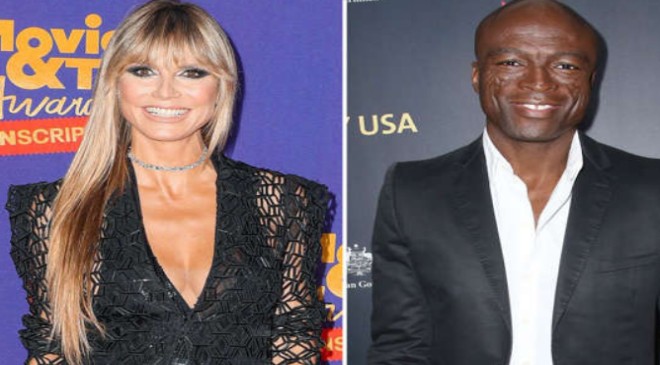 Modeling motherhood! Heidi Klum has been open about her family life since becoming a mom in 2004.

The model announced in December 2003 that she was pregnant with her and then-boyfriend Flavio Briatore’s first child. When the couple subsequently split, the former Project Runway host moved on with Seal.

The America’s Got Talent judge gave birth to daughter Leni in May 2004, and the singer adopted the little one five years later. He and Klum went on to welcome Henry, Jonah and Lou in 2005, 2006 and 2009, respectively.

The former couple split in 2012, and Seal exclusively told Us Weekly nearly a decade later that coparenting can be “challenging.”

The Grammy winner explained at the time: “It requires teamwork. If you are a team, if both parents are a team, then it’s really easy and that’s not a real challenge at all. … But you have to be a team. And if you’re not a team, then it can all fall to pieces. … I never had that teamwork [with Klum]. We never had teamwork.”

The songwriter noted that Leni has been following in her mom’s modeling footsteps over the years, with a joint Vogue Germany cover in April 2021.

“That’s a precarious road to take,” Seal told Us. “Seldom does it end in happiness, but what do I know? She’s 17. It’s not my fault. It’s not my first choice. You have to [let them do] whatever makes them happy. You love them. You keep them safe to the best of your ability, then you let go. They don’t have challenges in the grand scheme of things. … They live in a nice house. They don’t have to worry about food on the table. They have the benefit of a great education.”

Klum went on to marry Tom Kaulitz in February 2019. The previous year, the former Victoria’s Secret Angel exclusively told Us that her kids were big fans of the musician.

“So far, so good,” Klum said, while Kaulitz chimed in, “I think it’s working out pretty good. Of course [teaching them guitar] goes with it. I’m a full-time musician, and I’m doing music all day long. So yeah, that’s part of it.”

Keep scrolling to see Klum’s sweetest shots with her sons and daughters over the years.

Klum and Leni matched in masks during a mid-flight selfie.

“How did I get so short?” she captioned an Instagram photo with her sons.

Klum snapped a selfie with all of her children and her husband.

Leni gave her mom a hug while hanging poolside.

Klum’s kids visited the set of Germany’s Next Top Model.

“I LOVE YOU SO MUCH,” she captioned a sleepy shot.

The family enjoyed a “beautiful first day of the year” on the beach.

Klum shared a throwback photo from Lou’s birth via Instagram in October 2020.