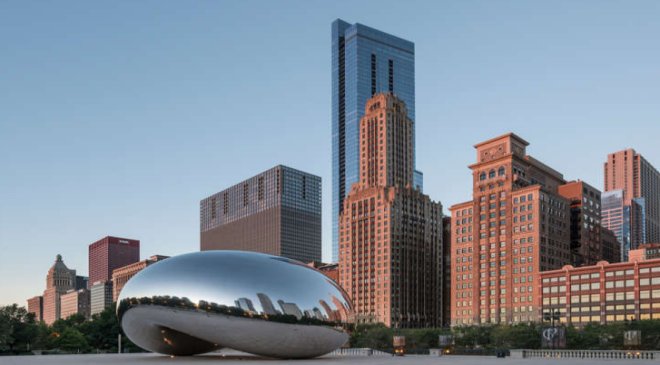 Many Americans will squeeze in a final summer getaway over Labor Day weekend 2021 But the Delta variant—which is still on the rise nationwide, according to recent data from Johns Hopkins—could shift some of those plans.

“As summer comes to a close, travel volumes around Labor Day are expected to remain high,” says AAA spokesperson Julie Hall. But just how high the number of bookings will be remains to be seen. While plenty of travelers are planning to hit the road for the long weekend, some predictions show a slightly lower volume of vacationers compared to 2020. Travel data company Arrivalist predicts 42.9 million Americans will be heading out on road trips this year, a 1 percent drop compared to 2020 and a 10 percent decrease compared to 2019.

Here’s a look at how Americans are planning to travel this Labor Day weekend.

Due to uncertainty with the Delta variant, many travelers are keeping Labor Day 2021 plans flexible. While a recent TripAdvisor survey shows 31 percent of Americans have plans to travel over the holiday (not far off from last year’s 32 percent and 2019’s 35 percent), it also found that 22 percent are still undecided.

That echoes a wider trend of Labor Day weekend getaways being booked at the last minute. TripAdvisor reports that 70 percent of the trips booked on the travel platform during the first week of August were for travel within the next three weeks.

Orbitz also expects many Labor Day trips to be firmed up this week and next week. “The last-minute booking trend really emerged last year as a response to COVID-19 and travelers taking their time to make decisions on where and when to go, if at all,” says Mel Dohmen, Orbitz’s senior brand manager. “Refundable and flexible booking options have helped travelers return to normal a bit.”

Cementing the fact that Americans are staying nimble, TripAdvisor has seen a rise in search terms like “free cancellation,” “pay at stay,” and “travel safe,” while Orbitz has seen an increase in the demand for travel insurance compared to past years.

Solo trips on the rise

Another emerging trend Orbitz has seen is a major uptick in Labor Day solo travel, with single round-trip ticket sales up by at least 200 percent for the weekend, especially in metropolitan destinations like Boston (up 280 percent from last year) and Seattle (up 260 percent). “In our rush to make up for the lost year of travel, vacationers are increasingly willing to go it alone,” Dohmen says. “Travelers aren’t waiting anymore to see some of their favorite places, and in some cases may even see it as both safer and easier to go it alone.”

Most Americans are opting to leave their passports at home, with 86 percent traveling domestically, according to TripAdvisor. That said, they are planning to stretch the destination radius more, with 63 percent telling Cars.com they’ll go further than they did last Labor Day.

A mix of major cities and outdoor getaways top the list of most popular destinations, with Las Vegas, Denver, Chicago, New York City, Seattle, Orlando, and Los Angeles showing up on multiple lists of top getaways. Outdoor locations with less risk of virus spread remain popular—Orbitz has seen hotel bookings increase in the Pacific Northwest like the Oregon coast; northeastern ocean communities like Maine’s Bar Harbor; and national parks and monuments like Mount Rushmore, Yellowstone, and Zion. While big metropolises may seem like a surprising choice in the age of distancing, Dohmen believes that may be because many big cities have extensive health and safety measures in place.

Road trips that are longer

Upon arrival, Americans continue to extend their stays. Expedia has seen the average Labor Day stay grow from two nights in 2019 to three nights this year, while TripIt and TripAdvisor both say the Wednesday and Thursday before the holiday will be increasingly popular travel days this year.

Traveling by car continues to be a popular option, with Cars.com reporting that its nationwide survey showed more than 20 percent canceled their flights and are driving instead—and that 90 percent of those traveling will do so in private vehicles.

“With a resurgence of COVID-19 cases attributed to the Delta variant, it’s important to remain informed and be flexible as policies and guidelines continue to evolve,” Hall says. “For the most part, people who were planning to travel are still taking their trips, while being mindful to take precautions to protect themselves and others.”