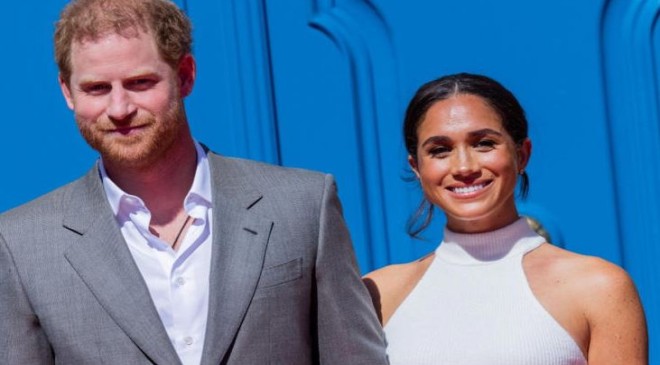 Volume I of Meghan Markle and Prince Harry’s Netflix documentary has been released, and people are awaiting Volume II on December 15. As with many of their projects, there is quite a bit of controversy and discourse happening online. Apparently, one thing many people are saying has disturbed the Duke and Duchess of Sussex.

In a statement to ET, their Global Press Secretary addressed criticism they have received for being so public about their lives on Netflix after withdrawing from the royal family for reasons of “privacy.” In fact, they never said anything about privacy.

“The Duke and Duchess have never cited privacy as the reason for stepping back,” the statement reads. “This distorted narrative was intended to trap the couple into silence. In fact, their statement announcing their decision to step back mentions nothing of privacy and reiterates their desire to continue their roles and public duties. Any suggestion otherwise speaks to a key point of this series.”

The couple announced their decision to step back from being working members of the royal family in January of 2020. They said that they hoped “to make a transition this year in starting to carve out a progressive new role within this institution” in their statement at the time.

They also stated that they would “work to become financially independent,” and a deal with Netflix would certainly help with that objective. The couple also said that they were planning to split their time between the U.K. and North America, meaning both Canada and the U.S. They eventually landed in Montecito, California, for their primary residence.

In the rest of the statement on Harry & Meghan, the Global Press Secretary said, “They are choosing to share their story, on their terms. The tabloid media has created an entirely untrue narrative that permeates press coverage and public opinion… The facts are right in front of them.”