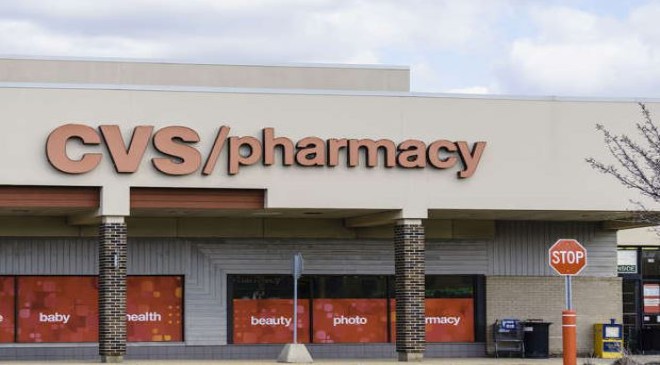 Store closures have become an all-too-common occurrence since the pandemic started. Even major retail chains like Walmart and Bed Bath & Beyond have had to shutter several stores across the U.S. over the past three years, though some cuts have been much more dramatic than others. At the same time, two of the biggest pharmacy chains in the country have also been closing locations this year. Walgreens and CVS have faced several temporary and permanent pharmacy shutdowns this year, and more locations are closing their doors. Read on to find out why these two drugstores are cutting back on pharmacy availability, and how it could affect your prescriptions.

Drugstores in the U.S. are focused on evolving health care technology right now, Coresight Research reported on Nov. 28. Per the firm’s report, the pharmaceutical industry was undergoing a digital transformation before the COVID pandemic hit, but that has accelerated significantly since then.

“The global pandemic has provided additional motivation for patients to use digital technologies to manage their health,” Coresight explained. “The drugstore giants have been expanding their digital presence in an effort to adapt to changes in consumer behavior and preferences.”

In April 2022, Walgreens rolled out its drone delivery initiative in its first major U.S. metropolitan area. “We already promise a 30-minute window through our curbside pickup or through our partnership with DoorDash,” Amy Wood, a Walgreens district manager, said in a statement. “With drone delivery, you don’t have to wait in traffic. The drones are smart and will get the package to the customer much faster. This is the best option for someone who might not have the means to get to the store.”

More recently, in Sept. 2022, CVS acquired the popular home healthcare agency Signify Health to further its medication delivery reach as well. “This acquisition will enhance our connection to consumers in the home and enables providers to better address patient needs as we execute our vision to redefine the health care experience,” Karen S. Lynch, CVS Health President and CEO, said in a statement.

Walgreens and CVS are closing locations.

But this focus on online and delivery services hasn’t come without sacrifices. “Store closures are the norm among the major drugstores,” according to Coresight Research, who said that the paring down of locations has come “at a time when major retailers are increasing their investments in digitalization and expanding their reach into healthcare services.”

The industry analysis firm reported that between 2020 and 2021 alone, Walgreens was down by more than 50 retail stores and CVS lost over 20.

Store closures for both drugstore chains have only accelerated in 2022. In Nov. 2021, CVS announced that it would be closing 300 locations each year for the next three years as it hones in on digital strategy and implements a “new retail footprint strategy aligned to evolving consumer needs.” This year, CVS started shuttering locations in the spring and has continued since then. The company has closed stores in Pennsylvania, North Carolina, Maryland, California, Florida, Texas, and Georgia, among other states.

Walgreens, on the other hand, has made most of its moves this fall. In October, the company announced a slew of store closures across five states: New York, Kentucky, Florida, Massachusetts, and Colorado. But these are just some of the states experiencing closures. In fact, a store in Maryland was just shuttered on Nov. 15.

“As we move forward on our strategy to expand Walgreens’ role as a leader in the delivery of healthcare, we are focused on creating the right network of stores in the right locations to best meet the needs of the communities we serve,” Karen May, senior manager of Walgreens health communications, told SouthBMore.com about the Maryland closure.

Some pharmacies are also cutting hours.

Your local Walgreens and CVS stores are likely still standing, but that doesn’t mean things will necessarily stay the same. Both drugstore chains are reducing pharmacy hours at locations across the U.S. Walgreens has had to close pharmacies in Berkeley, California, as well as cut hours at some locations, Berkeleyside recently reported.

“What we are seeing in some areas is consistent with what many other healthcare entities have been experiencing—staffing challenges due to the ongoing national labor shortage,” Kris Lathan, a spokesperson for Walgreens, told the newspaper in an email. “We continue to take steps to help mitigate these pressures, however, there are some instances where we’ve had to adjust or reduce pharmacy operating hours as we work to balance staffing and resources in the market to best meet customer demand.”

In Arcata, California, normal pharmacy hours have been hard to keep at CVS locations as well, ABC-affiliate KRCR reported. “We have been experiencing some unexpected staffing issues at several of our Eureka-area pharmacies, including our pharmacy in Arcata,” a CVS spokesperson told the news outlet. “Our teams are working hard to serve their patients and we apologize for any delay in service they may experience.”

This is creating concern among customers.

Permanent store closures have become a significant point of contention. Walgreens has been accused of creating “pharmacy deserts” by shuttering several stores in various areas. “This abrupt shutting down of these pharmacies are going to create pharmacy deserts in our communities,” Julia Mejia, a Boston City Councilor At-Large, told CBS News. “We already have a hard enough time getting the medical prescriptions that we need. Now we’re going to have find other spaces and places to be able to have access to life-saving medication.”

But temporary pharmacy closures and cutbacks are becoming an issue for some patients as well. Glen Lippincott, a resident in Sciota, Pennsylvania, told ABC-affiliate WNEP that he recently realized limited CVS hours extend beyond just the pharmacies in his county. “The long waits to have the prescription filled used to be the doctor would call up, and then you could go right up and pick the prescription up. And now, that just doesn’t happen anymore,” Lippincott said.

In October, a resident of Topeka, Kansas, said she went to pick up prescriptions for her mother at Walgreens only to be met with a sign in the window indicating that the pharmacy would be closed for four days, The Topeka Capital-Journal reported. “They didn’t offer any solution to the problem,” customer Annie Pinto told the newspaper. “They basically had a sign on the door that said, ‘We’re closed, and this is when we’ll re-open,’ which frustrated me.”

An unnamed customer in Berkeley, California, also told Berkeleyside that he went a weekend without his daily medication due to pharmacy hour cutbacks at Walgreens. “If they can’t pay to staff their pharmacy, they shouldn’t be in business,” he told the newspaper, adding that he sent a complaint to the CEO of Walgreens about the pharmacy’s conditions.Best Life has reached out to Walgreens and CVS about closures and reductions in pharmacy hours, and will update this story with any responses.