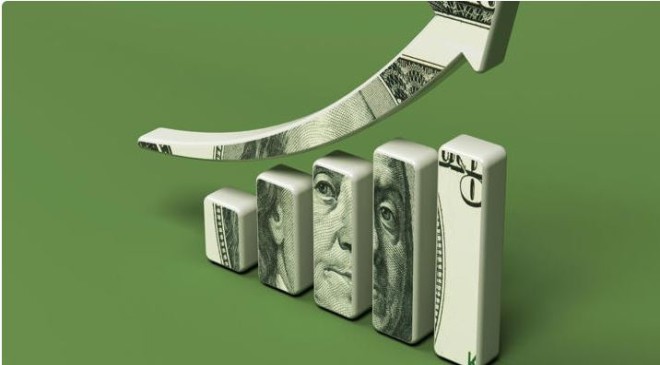 Income-seeking investors are looking at an opportunity to scoop up shares of real estate investment trusts. Stocks in that asset class have become more attractive as prices have fallen and cash flow is improving.

Below is a broad screen of REITs that have high dividend yields and are also expected to generate enough excess cash in 2023 to enable increases in dividend payouts.

REIT prices may turn a corner in 2023

REITs distribute most of their income to shareholders to maintain their tax-advantaged status. But the group is cyclical, with pressure on share prices when interest rates rise, as they have this year at an unprecedented scale. A slowing growth rate for the group may have also placed a drag on the stocks.

And now, with talk that the Federal Reserve may begin to temper its cycle of interest-rate increases, we may be nearing the time when REIT prices rise in anticipation of an eventual decline in interest rates. The market always looks ahead, which means long-term investors who have been waiting on the sidelines to buy higher-yielding income-oriented investments may have to make a move soon.

During an interview on Nov 28, James Bullard, president of the Federal Reserve Bank of St. Louis and a member of the Federal Open Market Committee, discussed the central bank’s cycle of interest-rate increases meant to reduce inflation.

When asked about the potential timing of the Fed’s “terminal rate” (the peak federal funds rate for this cycle), Bullard said: “Generally speaking, I have advocated that sooner is better, that you do want to get to the right level of the policy rate for the current data and the current situation.”

In August we published this guide to investing in REITs for income. Since the data for that article was pulled on Aug. 24, the S&P 500 has declined 4% (despite a 10% rally from its 2022 closing low on Oct. 12), but the benchmark index’s real estate sector has declined 13%.

REITs can be placed broadly into two categories. Mortgage REITs lend money to commercial or residential borrowers and/or invest in mortgage-backed securities, while equity REITs own property and lease it out.

The pressure on share prices can be greater for mortgage REITs, because the mortgage-lending business slows as interest rates rise. In this article we are focusing on equity REITs.Industry numbers

The National Association of Real Estate Investment Trusts (Nareit) reported that third-quarter funds from operations (FFO) for U.S.-listed equity REITs were up 14% from a year earlier. To put that number in context, the year-over-year growth rate of quarterly FFO has been slowing — it was 35% a year ago. And the third-quarter FFO increase compares to a 23% increase in earnings per share for the S&P 500 from a year earlier, according to FactSet.

The NAREIT report breaks out numbers for 12 categories of equity REITs, and there is great variance in the growth numbers, as you can see here.

FFO is a non-GAAP measure that is commonly used to gauge REITs’ capacity for paying dividends. It adds amortization and depreciation (noncash items) back to earnings, while excluding gains on the sale of property. Adjusted funds from operations (AFFO) goes further, netting out expected capital expenditures to maintain the quality of property investments.

The slowing FFO growth numbers point to the importance of looking at REITs individually, to see if expected cash flow is sufficient to cover dividend payments.Screen of high-yielding equity REITs

Over the very long term, through interest-rate cycles and the liquidity-driven bull market that ended this year, equity REITs have fared well, with an average annual return of 9.3% for 20 years, compared to an average return of 9.6% for the S&P 500, both with dividends reinvested, according to FactSet.

This performance might surprise some investors, when considering the REITs’ income focus and the S&P 500’s heavy weighting for rapidly growing technology companies.

For a broad screen of equity REITs, we began with the Russell 3000 Index which represents 98% of U.S. companies by market capitalization.

We then narrowed the list to 119 equity REITs that are followed by at least five analysts covered by FactSet for which AFFO estimates are available.

If we divide the expected 2023 AFFO by the current share price, we have an estimated AFFO yield, which can be compared with the current dividend yield to see if there is expected “headroom” for dividend increases.

For example, if we look at Vornado Realty Trust the current dividend yield is 8.56%. Based on the consensus 2023 AFFO estimate among analysts polled by FactSet, the expected AFFO yield is only 7.25%. This doesn’t mean that Vornado will cut its dividend and it doesn’t even mean the company won’t raise its payout next year. But it might make it less likely to do so.

Here are the 20 equity REITs from our screen with the highest current dividend yields that have at least 1% expected AFFO headroom:

Click on the tickers for more about each company. You should read Tomi Kilgore’s detailed guide to the wealth of information for free on the MarketWatch quote page.

The list includes each REIT’s main property investment type. However, many REITs are highly diversified. The simplified categories on the table may not cover all of their investment properties.

Knowing what a REIT invests in is part of the research you should do on your own before buying any individual stock. For arbitrary examples, some investors may wish to steer clear of exposure to certain areas of retail or hotels, or they may favor health-care properties.Largest REITs

Several of the REITs that passed the screen have relatively small market capitalizations. You might be curious to see how the most widely held REITs fared in the screen. So here’s another list of the 20 largest U.S. REITs among the 119 that passed the first cut, sorted by market cap as of Nov. 28:

Simon Property Group Inc. is the only REIT to make both lists.