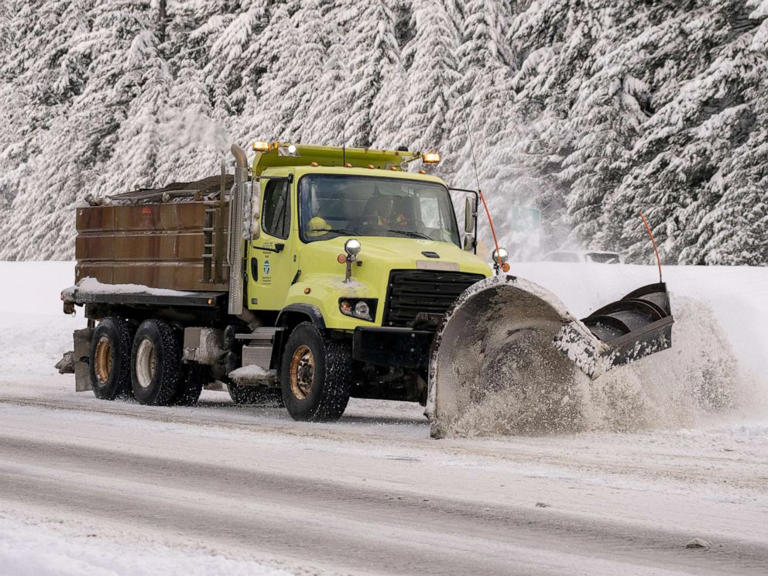 Parts of the Northwest could get up to two feet of snow on Monday and Tuesday, as a cross-country storm will bring snow and tornadoes in parts of the U.S.

A cross-country storm moving east is expected to bring heavy snow from Nebraska to Michigan on Monday night into Tuesday morning. Eighteen states are on alert for snow and strong winds due to the incoming storm.MORE: Hawaii’s Mauna Loa, the largest active volcano in the world, begins erupting

Salt Lake City, Utah; Denver, Colorado; and Casper, Wyoming, are expected to get between 6 and 12 inches of snow in the next two days.

Warm moist air could help produce tornadoes in parts of the South Tuesday afternoon into the evening.

In addition to tornadoes, damaging winds of more than 60 mph and large hail are also possible for the lower Mississippi River Valley and the Gulf Coast states.

Around 15 million Americans in the South will remain on alert as New Orleans to Nashville could see severe storms on Tuesday night.