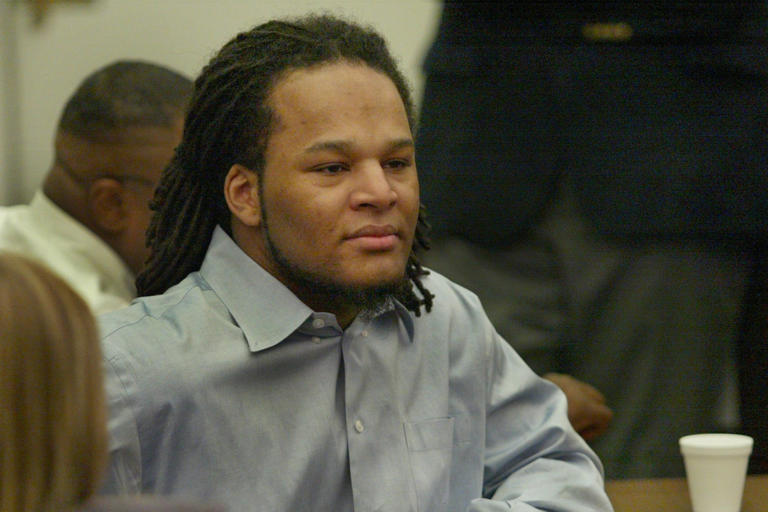 The execution of a Black death row inmate can proceed Tuesday evening after Missouri’s highest court rejected a claim that the case was tainted by racial bias and determined it would most likely not be successful in legal challenges.

Special prosecutor Edward Keenan had argued that the state’s initial handling of Kevin Johnson’s case was rife with “racist prosecution techniques” that played into his conviction and death sentence in the 2005 killing of a Missouri police officer. Johnson was 19 at the time of the arrest.

The Missouri Supreme Court’s decision released late Monday allows the state to continue its planned execution of Johnson, 37, by lethal injection and came after Gov. Mike Parson, a Republican, said in a statement he would not grant him clemency “for his horrendous and callous crime.”

The decision was a 5-2 vote, with the majority writing that Keenan’s claims “are largely just re-packaged versions of claims Johnson has brought (and seen rejected) many times before. Nothing in the Special Prosecutor’s motion materially changes these claims or offers any greater likelihood of success than those claims have had in the past.”

The court’s ruling is a further blow in Johnson’s case after a federal judge on Friday denied his 19-year-old daughter the right to attend his execution based on Missouri law that requires a witness to be at least 21.

Keenan was appointed as a special prosecutor by the St. Louis County Circuit Court in October and said in a court filing that he found that the office of longtime county prosecutor Robert McCulloch, who lost his re-election in 2018, had engaged in discriminatory practices.

Those include how McCulloch’s office had prosecuted five cases of police officer killings and pursued the death penalty in four cases of Black defendants but not in the case involving a white defendant whose “conduct was more aggravated,” according to Keenan.

In addition, Keenan said that McCulloch “largely reserved the death penalty” for defendants whose victims were white and that statements he made to other prosecutors “show a particular animosity towards young Black males like Mr. Johnson, viewing them as a population that ‘we had to deal with,’ and portraying them as stereotypical criminals.”

McCulloch could not immediately be reached for comment Monday.

Keenan said in a court filing that he also sought a stay to Johnson’s execution because the team of prosecutors during his trial have declined to cooperate with his investigation.

“Mr. McCulloch has refused to even acknowledge correspondence from the Special Prosecutor asking him about the case, despite his extensive statements to the news media about this and other cases,” Keenan said.

Upon Johnson’s execution date being set, McCulloch told the St. Louis Post-Dispatch in August that he was sentenced to death specifically because of a “brutal, vicious, unprovoked assassination of a police officer.”

“Nothing to do with his race, my race, anybody’s race,” McCulloch said.

Missouri Assistant Attorney General Andrew Crane reiterated during arguments before the state Supreme Court that Johnson was given the death penalty because he killed a police officer, and any other circumstances surrounding the case against him ultimately didn’t matter.

Johnson was arrested in July 2005 for the fatal shooting of Kirkwood Police Officer William McEntee in suburban St. Louis.

McEntee and other officers were serving an arrest warrant for Johnson, who had been on probation for assaulting his girlfriend and was believed to have been in violation.

At the time, his 12-year-old brother, who had a congenital heart defect, suffered a seizure after running next door to his grandmother’s house. He later died at the hospital. Johnson testified at his trial that McEntee pushed his mother when she arrived at the scene, and the officer’s actions angered him as he worried about his brother’s health.

When McEntee returned to his neighborhood that evening for an unrelated call about a fireworks disturbance, Johnson said, he encountered the officer. According to prosecutors, he shot McEntee multiple times before fleeing. He turned himself in three days later.

During his incarceration, Johnson’s supporters say he has turned his life around and has been a supportive father to his daughter, Khorry Ramey, who was 2 when Johnson was arrested. She said he has been the only parent she has known after her mother was killed by an ex-boyfriend when she was 4.

“My dad is the most important person in my life. He has been there for me my whole life, even though he’s been incarcerated,” Ramey said in a statement Friday after losing her lawsuit to be a witness to his execution. “He is a good father, the only parent I have left.”

Johnson has exhausted all of his legal remedies. Barring any unforeseen delay, if he is put to death Tuesday, it would be the fifth execution by a state this month, which has been the busiest month so far for capital punishment in the United States in 2022.