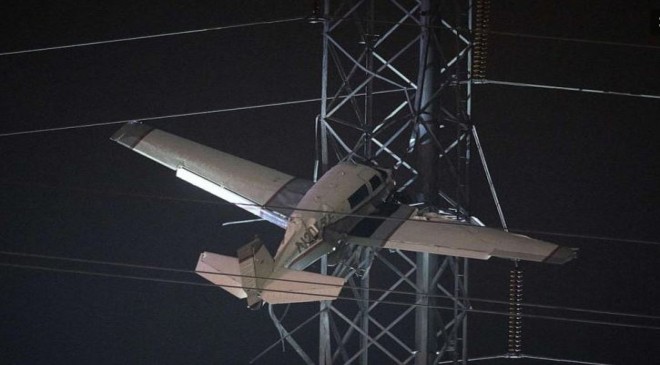 Emergency crews in Montgomery County, Maryland, were working Sunday night to rescue two people from a small private plane after it struck and got lodged in a high-tension power line tower.

Authorities were in contact with the plane’s two occupants, who did not appear to be injured, authorities said.

However, rescue work was being delayed until the plane could be secured to the tower and the tower was confirmed to be grounded, Goldstein said.

The plane, which was stuck about 100 feet off the ground, is “not going to be stable until it’s chained and strapped in place,” said Goldstein, adding that heavy fog in the area could make the task difficult.

About 85,000 Montgomery County customers were without power as a result of the crash, officials with the local power company said on Twitter.

The FAA and National Transportation Safety Board said they will investigate the incident.