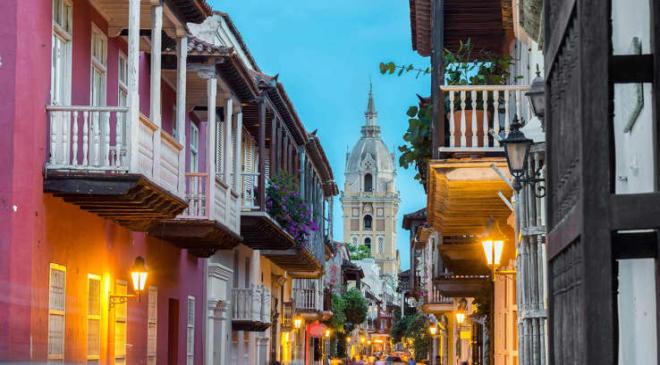 With the cost of living in the United States soaring, more and more people are setting their sights on an international destination that won’t break the bank. Some locales are so affordable that with enough savings you may be able to quit your job or just work part time and still live in the lap of luxury.

International Living released its annual report on the World’s Best Places to Retire and the results may surprise you. From coastal getaways to European hotspots, several of the countries are not only beautiful, but they are also extremely inexpensive. So while the list is geared toward retirees, these may be great options for anyone with a healthy savings account or who doesn’t mind living on a budget.

Currently, the cost of living in the United States is $2,112, with rent for one person costing an average of $1,325 per month. Even with a steady income, living in the U.S. has become unaffordable for many.

If you are sick of working your 9 to 5, consider the Latin American destination of Uruguay. The country is exquisite, offering nearly 400 miles of coast, rolling hills and four distinct seasons.

The cost of living is nearly half of what it is in the states at $1,090. As noted by International Living, depending on the neighborhood you can find a nice apartment at the reasonable price of $500 per month.

Whether you want to spend your days soaking up the sun on the Costa del Sol or are more interested in the vibrant cultural and art scene of Madrid, you simply can’t go wrong with Spain. The European country is steeped in history, offers great healthcare and has almost every type of geography imaginable.

The cost of living in Spain is approximately $1,141 per month, although it might be more in bigger cities or resort beach towns. Even in the most expensive neighborhoods, it will likely still be somewhat cheaper than the average cost it takes to live in the U.S. Plus, the first-class healthcare will save you big time.

Looks can be deceiving. A quick glance at the tiny island (archipelago) of Malta may make you think that only the world’s elite could afford to live there. Fortunately, the exact opposite is true. The island boasts a surprisingly affordable cost of living at $1,275 per month.

The country, surrounded by the clear blue waters of the Mediterranean Sea, is stunning. Rent is somewhat expensive, depending on where you live, but it is worth it considering the 360-degree views. Not to mention the fact that food and other things are significantly cheaper than in the United States.

If you have ever wanted to dine on world-famous cuisine, shop in the finest boutiques or visit renowned museums, now is your chance. France is a bargain for someone willing to live on a budget. The cost of living in the country is $1,363 or 1.55 times less expensive than in the U.S.

Ex-pats who reside in the country enjoy low-cost healthcare, one-of-a-kind destinations and villas for under $200,000. So, if you have a nice-sized savings or are willing to pick up a part-time gig, you might just be able to drop the morning commute for sipping wine at a chateau in the French countryside

For real bargain hunters, a country like Ecuador is cheap and safe with a very comfortable year-round climate. The cost of living for one person in the country is $750. Ecuador is geographically diverse with miles of endless beaches, mountains and rainforests, leaving a little something for everyone.

Housing is economical with the average rent for one person costing around $307 per month. Retirees or young adults hoping to quit the corporate grind in favor of a more enjoyable lifestyle can live in the country for far less than the U.S.

It is no wonder that ex-pats are flocking to Colombia. The country is rich in biodiversity. The large South American country borders the Caribbean Sea and the Pacific Ocean. The Andes Mountains carve through the West while the Amazon rainforest sits to the East.

The cost of living in Colombia is almost one-fourth of what it is in the United States at $548 per month. Rent, food and transportation expenses are all markedly less than you would expect to pay in the states.

With an estimated cost of living for one person at $977, Portugal offers Americans hoping to live abroad a low-priced European option. The country itself is minuscule compared to neighboring Spain, but what it lacks in size it makes up for in culture. Portugal oozes Old World charm and is known for its incredible seaside communities.

The country’s public transportation is second-to-none, meaning you may not have to ever purchase a car. With the money you save you may never have to work again.

Many Americans, familiar with the tourist-packed cities of Cozumel and Cancun, may shake their head at the idea of living in Mexico, but the country has a lot more to offer. Mexico is an ex-pat’s dream. It is close to the states, offers reasonable healthcare and is considerably less expensive than the U.S. The cost of living in the county for one person is $713 per month with the average rent costing only $319.

Mexico is more than just a spring break getaway for college coeds. In addition to the white sandy beaches it is known for, the country has luscious jungles and sweeping deserts. For Americans looking for a bargain, healthcare is substantially less costly than in the U.S., and becoming a resident is relatively easy.

The Central American country of Costa Rica is the perfect place to live abroad without depleting your savings. The cost of living is around $893 and rent for one person runs approximately $406 per month.

The tropical destination has cost-effective healthcare and is only a short flight from the Southern United States. The locals, by all accounts, are friendly, welcoming ex-pats with open arms. The weather is gorgeous, the water is warm and the housing is highly affordable

Panama tops the list of best places in the world to retire, which means it could be a good option for anyone to live cheaply. It is no wonder that it regularly claims the title since the cost of living is under half of what it would cost in the U.S. at $1,040 for one person. Rent runs approximately $530 per month and food takes up another $353, but outside of that costs are minimal.

The country is centrally located, has a mild climate and offers world-class beaches. It seems only fitting that this charming retreat makes the list.