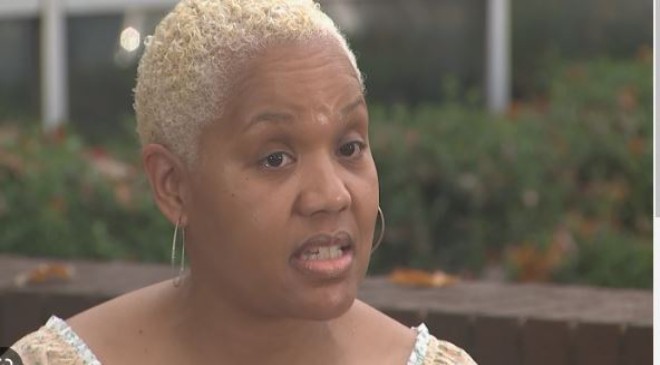 More than 25 million women live with fibroids in the United States, but very few people are talking about it. It’s a medical problem that seriously impacts the lives of women like Marka Fleming.

10-year-old Aria is her mother’s pride and joy.

“She’s just a blessing, every day,” Fleming told Channel 9′s Erica Bryant. “I’m just so thankful that I have her.”

But there was a time Fleming wasn’t sure she could have a child. At age 29, she lost a baby.

“At the time, the doctor indicated that I had two fibroids, but they could not tell whether it had caused the miscarriage,” Fleming said.

Fibroids are non-cancerous muscular tumors in the uterus. In Fleming’s case, the fibroids soon multiplied and grew larger. She went to the bathroom frequently and suffered pain and discomfort.

The treatment option for her was a surgery called myomectomy, and it made her nervous.

“He indicated at the time that if I wanted to have kids, that those fibroids would need to be removed,” Fleming said. “And I had read that sometimes with fibroids, if you are bleeding or something happens, they could give you a hysterectomy. So I was very concerned about that.”

A study by the National Institutes of Health found fibroids are more common and more severe in Black women. They are diagnosed at earlier ages, have more symptoms and respond differently to medical treatment.

It’s a health issue many women experience but don’t talk about.

“We know globally 171 million, more than that, are managing fibroids. So, the numbers are staggering,” said Jonelle Henry with The White Dress Project.

Henry is working to break the silence.

“One of the many challenges of managing fibroids, including my own fibroid journey, is heavy periods, heavy bleeding,” she said. “And I realized myself, I didn’t have anything that was in white, and I didn’t want to wear white… and that’s because I was afraid of accidents, I was afraid of anything happening. And so at The White Dress Project, we embrace wearing white.”

The nonprofit is hosting events across the country, connecting women and sharing patient stories and resources. It’s elevating conversation about a public health issue that physicians still don’t fully understand — including why it impacts some more than others.

“Why is that, you know, that African-American women are more likely to have fibroids?” Fleming asked. “It concerns me because I don’t want my daughter to have to experience that.”

Fleming’s surgery was a success. She hopes sharing her journey will help others, and says faith, a good doctor and a strong support system made all the difference.