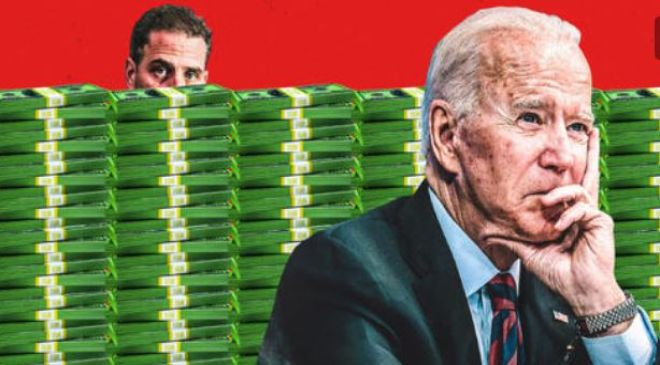 In a joint press conference, GOP Reps. Jim Jordan and James Comer, the incoming chairs of the House oversight and judiciary committees, pounded the table with allegations of Hunter’s influence peddling and alluded to broader corruption by “the Biden family.”

For those Americans who accept the lawful result of the 2020 election, the sight of these two election deniers talking about “whistleblowers,” “schemes” and a dated laptop might bring to mind the Benghazi investigation into the 2012 death of four Americans that House Republicans turned into an obsessive score-settling exercise against then Secretary of State Hillary Clinton.

But Hunter Biden is not Benghazi.

Benghazi was a fake scandal. The career of Hunter Biden, on the other hand, has all the earmarks of a real one. The fact that Trump-MAGA election deniers are lining up to push allegations of Hunter Biden’s corruption does not make the evidence underpinning those allegations any less troubling. Nor will it protect the Biden White House from potential fallout stemming from the Justice Department’s own criminal investigation of Hunter Biden, which is ongoing.

Let’s review what’s already known and documented about Hunter Biden. During Joe Biden’s vice presidency, Hunter Biden was openly trading on the Biden family name. As an international business consultant, he charged clients six and sometimes seven-figure fees for what appears to have been little more than Beltway access and high-powered introductions. One prospective partner reported that despite reports of Hunter’s womanizing and substance abuse, he could still be a valuable partner due to his purported “access” to the State and Treasury departments as well as the “highest level” in China.

In 2013, Hunter accompanied his father on an official visit to Beijing, where Joe Biden shook hands with Jonathan Li, a Chinese venture capitalist. Li had already contracted with Hunter and his partners to start a private equity fund. Later, another Chinese magnate gave Hunter Biden a 3-carat diamond. “I knew it wasn’t a good idea to take it,” he told the New Yorker. And yet that’s exactly what he did.

Other documents, derived from Hunter Biden’s abandoned laptop, suggest that his associates were managing some of Joe Biden’s finances and paying the vice president’s utility and Delaware home repair bills out of his son’s accounts. A report in the New York Times pointed to a potential nexus between Joe Biden’s diplomacy in Ukraine and Hunter Biden’s lucrative role on the board of Burisma, a Ukrainian energy company. In 2017, Hunter requested that his father have his own key to the Washington, DC office of his company, Rosemont Seneca.

After his father won the presidency, Hunter reinvented himself as an artist and publicly addressed his substance abuse. But questions around his business dealings have persisted. The identities of the art patrons who pay six figures for his paintings remain unknown. The process for vetting them — conducted by Hunter’s own legal team, not White House counsel — is opaque. Joe Biden has said there is an “absolute wall” between his policymaking and his family’s business interests. According to the New Yorker, “an informal arrangement was established: Biden wouldn’t ask Hunter about his lobbying clients, and Hunter wouldn’t tell his father about them.” What Joe Biden has not done to date is explicitly forbid family members from taking money from people seeking influence.

On Thursday, the House Oversight Committee released a 31-page “interim staff report.” In addition to a rehash of public material, the document contained excerpts from purported Suspicious Activity Reports filed with the Treasury Department regarding some of Hunter Biden’s financial transactions.

Treasury did not respond to a request for comment; a committee spokesperson told Insider the SARs were obtained from a “whistleblower.”

A lawyer for Hunter Biden did not respond to Insider’s request for comment Friday about the looming possibility of a congressional inquiry. In an email, a spokesperson for the White House counsel’s office characterized the GOP effort as “politically-motivated attacks chock full of long-debunked conspiracy theories.”

Why does any of this matter?

First, the full extent of Hunter Biden’s dealings with foreign clients remains unclear. With the GOP’s new majority comes subpoena power, which can be wielded to unearth new documents and compel testimony. On Thursday, Comer said there was “a very good possibility” that Hunter Biden would receive a subpoena.

One thing that is clear, however, is Joe Biden’s approach to the many Hunter Biden controversies — reiterate unconditional love for the troubled son while disavowing any specific knowledge of or involvement with his dealings. That could backfire should hard evidence surface that Joe Biden was actually in the Rosemont Seneca loop, as opposed to just being mentioned by others. But so far, it hasn’t.

It’s also worth remembering that previous efforts by Donald Trump and others to capitalize on Hunter Biden’s vulnerabilities as a political strategy have ended in failure. Trump also tried and failed to coerce the Ukrainian president into investigating Hunter Biden. That attempt led to his first impeachment.

A lot of the influence peddling that happens around Washington is both sketchy and perfectly legal. It remains unclear whether Hunter Biden crossed the line. Even if he did, there is scant evidence that Joe Biden had much to do with it. But there are some who still believe that the first family should go beyond avoiding criminal liability and actually serve as an example. As Walter Shaub, who led the government’s ethics office under President Obama told Insider last year, “‘Less of a grifter than Trump’ cannot become the standard.”