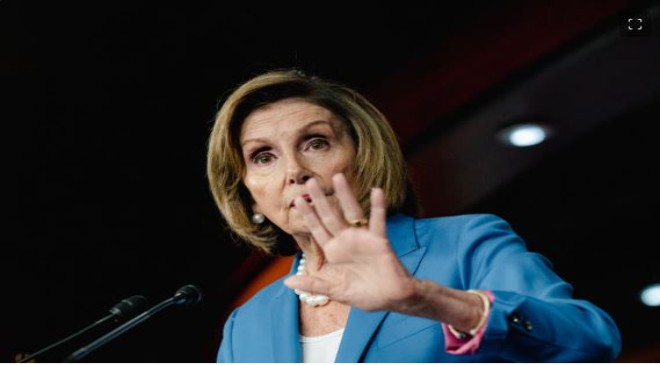 Potential control of the Senate could be slipping away from Republicans, as results from the 2022 election continue to roll in. What about the House?

The assumption has long been that the chamber would go red. But this election has certainly tested plenty of assumptions.

Democrats have been projected as the winners in 188 House districts, while 208 have gone to the Republicans. The magic number for a majority is 218, so Republicans are obviously much closer.

But those raw numbers are misleading: Most of the yet-to-be-decided districts are out West — read: Arizona, California, Nevada, Oregon and Washington — where the vote counting is slower, and most lean blue. There are seven clearly blue-leaning districts in California alone that don’t have enough votes in to be called, but are very unlikely to flip.

That leaves about 30 potentially competitive but uncalled races. Republicans would only need to win 10 to get their House majority. As things stand, the latest election results show them leading in 12 of the outstanding districts. But many of the races feature substantial numbers of uncounted votes, meaning there could be significant shifts — in either direction — depending on which precincts the uncounted votes are coming from.

What seems clear is that the margin in the House is going to be much slimmer than Republicans had hoped, and the GOP being in control seems less of a foregone conclusion than it did even 24 hours ago.

The Republicans remain the favorites — and indeed, House Minority Leader Kevin McCarthy announced his majority transition team on Thursday — but not huge ones.

On Wednesday, The Washington Post’s election model suggested Republicans were on course for around 225 seats — enough for a majority with some room to spare. But the latest data put that number closer to 220, right on the edge of the 218 seats required. That’s similar to NBC’s model, which says Republicans are favored to get a similar number — 221 seats — plus or minus seven seats. (The plus or minus essentially operates as a margin of error — and the magic number of 218 is within that margin.)

The reason things have gotten tighter? In the model, Democrats have shown gains since early Wednesday in most of the uncalled races — in about three-fourths of them, in fact. So it’s not just a handful of races suddenly tilting the other way; it means things appear better for Democrats across much of the country.

Key races have broken for Democrats in a way that makes their path to a majority more feasible. They are on the verge of an upset in Colorado’s newly created 8th district (where the Republican has conceded, though most news media have not called the race) and of unseating Rep. Yvette Herrell (R-N.M.) in one of the most competitive races in the country, for instance. They also managed to reelect Reps. Susan Wild (D-Pa.) and Matthew Cartwright (D-Pa.) in two key races in neighboring districts in Pennsylvania. And three Democratic seats in Nevada are looking more secure in light of how many votes remain outstanding and where they’re coming from.

So, what are the other districts to watch?

While there are some races left out East that could be pivotal (such as New York’s slightly blue-leaning 22nd District) most of the ones that will decide the majority are out West — and especially in California. Keep an eye in particular on pretty swing districts like Rep. Ken Calvert’s (R-Calif.) 41st District and the open 6th District in Arizona.

There are also a couple of wild cards. One is Washington’s GOP-leaning, open 3rd District, where Trump-endorsed candidate Joe Kent eliminated Rep. Jaime Herrera Beutler in the state’s open-party primary but carried baggage into the general election. He trails by five points with about two-thirds of the vote in.

And the other is perhaps the most surprising nail-biter of Election Day, and the House race most people are talking about: the reelection campaign of conservative provocateur Rep. Lauren Boebert’s (R-Colo.). Despite coming from a district that favored Trump by 8 points in 2020, she only took a small lead over her Democratic opponent on Thursday morning, and thousands of ballots remain to be counted in Pueblo County, which has favored the Democrat.

If Democrats can pull off an upset like that, it would make things significantly more interesting. And if they can win these types of districts, it’s possible that learning who won the House majority could take awhile.