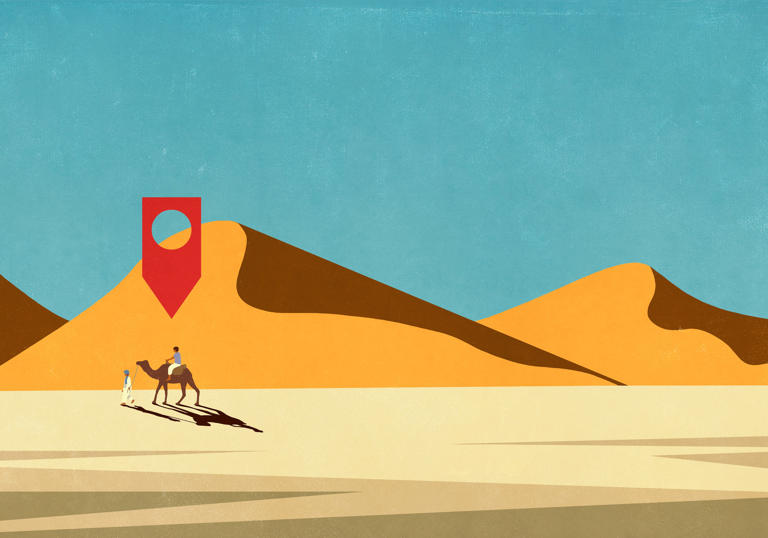 Holiday travel patterns have always been fairly easy to predict. After all, most Americans have Thanksgiving Thursday and Black Friday off of work and share similar vacation days around Christmas and New Year’s Day. But as remote work options have become more common, those peak travel days are now starting to spread out.

“There has been a permanent structural change in leisure demand because of the flexibility that hybrid work allows,” United Airlines CEO Scott Kirby said on an earnings call last month. “With hybrid work, every weekend could be a holiday weekend.”

United already saw its patterns shift earlier this year, as the traditionally off-peak month of September became the third strongest in the company’s history. And looking ahead to the holidays, the airline is starting to see a difference with bookings. “Holiday traffic is now spread out more,” Andrew Nocella, the airline’s EVP and chief commercial officer says. “It doesn’t necessarily peak as much on one or two days. It’s actually spread out across a few days.” He says the trend appears both around Thanksgiving and Christmas, noting it “definitely is a new travel pattern for us.”

Here’s a look ahead at how those patterns could shift this year—including the changes they bring to the best days to fly and how to score holiday travel deals.

The Wednesday before Thanksgiving is usually one of the year’s busiest travel days. But this year, according to Expedia data, Friday, November 18, is also becoming a popular day for travel, based on current bookings. “Either people are taking a week-long vacation over the holiday or they’re planning to work from a different destination for a couple days ahead of the holiday,” Expedia Brands travel expert Melanie Fish says.

Skyscanner says the most popular day according to its data is actually Thanksgiving Day itself (November 24), which may be driven by deal-seeking bookers. “This is a good example of where avoiding traveling over the weekend or the days immediately before a holiday can make a massive difference in airfare,” says Laura Lindsay, a  Skyscanner travel trends expert. The data shows that the current cheapest day to fly is Monday, November 21, which is 27 percent less expensive than tickets leaving on Sunday, November 20.

While travel patterns are indeed shifting around Thanksgiving , it may not be quite as flexible as other holidays. “Kids have to get back to school on Monday, which is why Sunday is going to remain the peak day,” says Sam Kemmis, a travel expert with NerdWallet.

School vacations are less of a factor around the year-end holidays since most American schools are closed between Christmas and the New Year. As travelers look to maximize their time away, weekends tend to be the busiest—and have the highest fares. Expedia says Thursday, December 22, is looking like the busiest for year-end air travel, followed by Saturday, December 17. “This could indicate that travelers are optimizing their time away while balancing work schedules,” Fish says. As such, departing on Monday (December 19) or Tuesday (December 20) of Christmas week could save up to 20 percent compared to the prior Saturday (December 17), according to Expedia’s data.

Skyscanner’s data is showing similar Christmas trends. “Looking at when people are booking for Christmas and New Year’s this year, we can see the impact of the flexibility remote work affords travelers,” Lindsay says. “As people get closer to the end of the year and see their remaining PTO, we anticipate more hybrid trips for those traveling for Christmas and New Year’s as people book extended trips with built-in flexibility.”

Extending a holiday trip is one of the surest ways to save money, Kemmis says. “Speaking from experience, you have to take a really long trip to avoid expensive flights around Christmas and New Year’s, usually leaving before December 18 and returning after January 4 or so,” he says.

Still, that doesn’t mean that deals for shorter trips are impossible to find. “There are still many deals for direct, return fares even over the busiest holiday travel periods,” Lindsay says. “The best deals are often found by using different airlines for outbound and return flights.”  If you do have flexibility, try avoiding the day before or after a holiday for better prices. “Typically tacking on an extra day on either side of a trip can be worth the extra night’s accommodation, especially in a group of multiple travelers,” Lindsay says.

But it’s not just about the days you fly, it also is about the time of day. “The growth of hybrid work has allowed travelers to access different flight times,” she adds, explaining travel isn’t as confined to after-work hours. “This flexibility allows travelers to find better deals and travel at times that minimize the risk of encountering flight disruptions.”

She also says right now is a prime time for deals outside of the U.S. “With international flight routes in lower demand during the holidays, travelers who can be flexible with destinations can find amazing deals,” Lindsay says, adding that the strength of the U.S. dollar in particular is advantageous to those eyeing European holidays.

Amid all the changes, one old rule of thumb has become even clearer: The more flexibility you have with your plans, the easier it is to save money and avoid the stress of crowds.

Related video: Not too late to find good deals on holiday flights