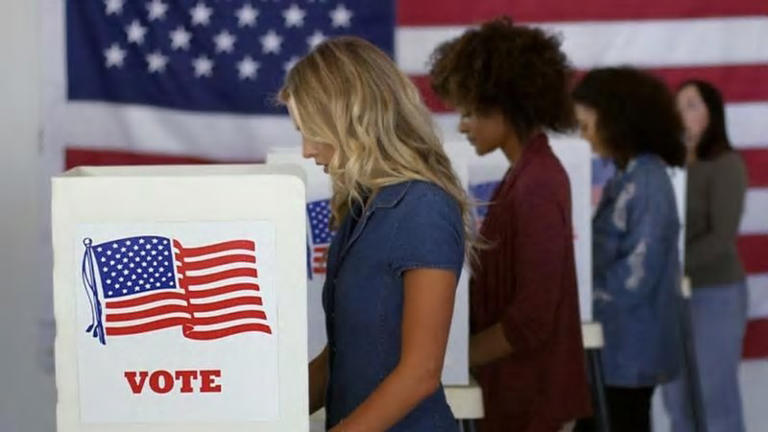 Two major sources of the political rankings include RealClearPolitics and FiveThirtyEight, both of whom average out public polls done for campaigns.

According to Democratic political expert Simon Rosenberg, the polls they’re pulling in to generate those averages are leaning more Republican, lending the averages to be skewed more conservative.

“There is a ferocious campaign GOP campaign right now to flood the zone with their polls, game the averages, declare the election is tipping to them,” tweeted Rosenberg on Sunday. “No question they could win but the early vote and polling this week DO NOT confirm this trend. Sorry. “

He noted that the new CBS News poll out Sunday has Republicans winning 228 seats in the House. It “is essentially a toss-up. Their caveat of course, is that if we have a big youth turnout, which the new Harvard Institute of Politics poll predicts, Dems could win the midterms.”

Speaking to MSNBC on Sunday evening, Terrance Woodbury, a founding partner of HIT Strategies, noted that frequently the understanding of a “likely voter” is someone who has voted in “three or four of the last three or four elections.” He explained that anyone who was activated by the 2016 election to start participating in 2018 and 2020 wouldn’t fall under that category of a “likely voter” even if they’ve been a solid voter in the past.

“So many of the voters that were participating this time will be surge voters, that’s those post-2016, that anti-MAGA, anti-Trump that was activated after he was elected in 2016,” he said.

The “registered voter” outcome is already benefiting Democrats, in the polls. So the new voters from 2018 and 2020 really could be the tipping point to save Democrats. If they get out the vote. Already states have reported that voter registration is up among younger voters, particularly among women. In most places where studies have been performed, this is due to the Supreme Court’s decision to bring down the privacy of women to get an abortion.

“Also need to note that there has been one non-GOP allied firm dropping very good polls for the Rs in these states and nationally – Data For Progress,” said Rosenberg. “How much of a difference could this GOP manipulation of the averages be having? There is a 3.3 point difference between the generic on RealClearPolitics and one without any partisan polling.”

He closed by sending out a message to the media: It “has to wake up here and stop getting played.”