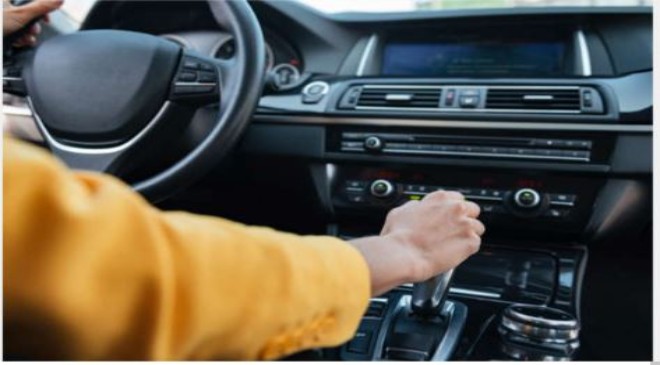 Keep these things at home

It can become very easy to let your car become a storage space. It’s accessible, only you can get into it (legally, anyway), and there’s plenty of space. And while it’s perfectly okay to keep some things there, and there are even many things you should store in your car, there are plenty of other items that really shouldn’t be there for a prolonged amount of time. And, of course, there are even some other things (ahem, living things) that you shouldn’t leave in your car even when you’re just leaving it for a short stretch of time. Here are the top 15 things you shouldn’t leave in your vehicle.

Most medicine should be left at room temperature, but a car will rarely stay at that point when not in use. Heat probably won’t make your drugs directly harmful, but it could make them less effective.

Beyond the expense of the devices themselves, gadgets like laptops, cell phones, and thumb drives contain information that could be easy to steal. If you’re in a position where you have to store your laptop or phone unattended, make sure the information is encrypted, says Eva Velasquez, CEO and president of Identity Theft Resource Center. This makes thieves unable to view information without a code, separate from the password used to log in to the device. “It’s a strong layer of protection and would need someone putting a fair amount of effort into it to view,” Velasquez says. “It’s much stronger than password protection.” Learn how to recognize the 14 signs that your car is about to die.

Ironically, the active ingredients in sunscreen break down in high heat. Leaving it in the car on a hot day could reduce its effectiveness. Plus, the heat could cause it to explode, leaving you with a hot mess. Find out these ways you’re shortening the life of your car.

Although the research is a bit unclear, studies have linked BPA and phthalates, chemicals found in plastic water bottles, with health conditions like cancer and heart disease. Letting a bottle sit in the sun and heat up could cause these chemicals to leach into the water. Plus, if the bottle has been lying around for a while, it could start harboring microorganisms. Did you know that bottled water expires?

Leaving a purse or wallet in plain sight makes your car a target for thieves, even if you’ve locked your doors or taken the valuables out of your bag. “It doesn’t matter if the alarm goes off,” Velasquez says. “It’s attractive, and they’re going to grab it.” Check out these 100 car maintenance tasks you can do on your own.

Take advantage of your car’s sunglasses compartment while driving, but don’t leave your shades in it after you reach your destination. Heat can warp plastic frames and make metal ones too hot to wear. Leaving your glasses or sunglasses on the dashboard is even worse because the windshield could attract sunlight like a magnifying glass, American Optometric Association spokeswoman Susan Thomas has said.

If you have personal documents that you plan to mail or shred, make that task a priority on your to-do list. Letting files like school transcripts or tax forms sit in your car while you run other errands or until you have time to take care of them leaves information vulnerable if anyone breaks into your vehicle, Velasquez says. “Put it in the car, take care of it, and then you’re done,” she says. “You have to follow through.” If they don’t need to be in your car, leave them at home or in the office—but make sure you know the 9 things you should never keep on your desk.

Never leave a passport in the car while traveling, even if it seems like it’s too bulky to carry around. Identity theft is even easier with a passport than with a driver’s license, Velasquez says. “We have to think of data and pieces of our identity as valuables,” she continues. “You’re not going to leave jewelry in the car, but we don’t have that same level of concern with things that make up our identity, and we need to.” These are the most reliable cars that rarely need a mechanic.

Wait until after work or errands to pick up a bottle of wine. If the bottle gets too hot, the flavor could be affected, and the liquid could expand enough to seep around the cork or push the cork out a bit, contaminating the wine inside.

Even if you don’t expect an errand to take more than a few minutes, leaving children alone in the car on a hot day puts their safety at risk. On average, 39 children die every year from heatstroke in hot cars. Even if the window is cracked, the temperature inside the car can spike almost 20°F within ten minutes, according to the CDC. Check your state laws—in some areas, it’s illegal to leave young children alone, even if it isn’t sweltering outside.

Dogs and cats are also at risk in hot summertime temps. Hundreds of pets die every year from overheating in vehicles, according to the American Veterinary Medical Association. After an hour, car temperatures can reach 45°F higher than the climate outside, and even a shaded parking spot won’t keep the temperatures much cooler. Quit falling for these 12 myths you need to stop believing about your car.

Save your grocery run for the end of your errands list. Perishable food should be put in the fridge within two hours in most cases. In the summer, you have an even shorter window. If it’s more than 90°F, food shouldn’t be left out for more than an hour, according to the USDA. Find out some things you shouldn’t keep in your fridge.

Consider the weather before heading to a gardening center, especially if you won’t be heading home straight after. Even relatively mild temperatures of 45°F to 50°F can kill some plants within an hour, according to Lowe’s. If the leaves are touching the windows, the chilly glass could ruin the foliage. Hot temperatures can also be deadly to plants, so keep them shaded and cool on your drive home, and bring them indoors as soon as possible. Make sure you know these other 10 things you should never do in your car.

There’s a reason for the fine print on aerosol cans’ warning labels: Don’t store in temperatures above 120°F. As the product’s temperature climbs, so does the pressure inside that lets it spray continuously. In rare cases—like a woman in Arizona and a man in England in summer 2018—the heat in a car can get so intense that the aerosol explodes, especially if you leave it in direct sunlight. The projectile can damage the car, or worse, hit somebody with a force strong enough to send them to the hospital.

Your favorite tube won’t stand a chance in the sky-high summer temperatures. Keep lipstick from turning into an unusable, melted mess by toting it in and out, rather than leaving it in the car for touch ups in front of the sun visor mirror. Next, find out the things you’re doing to your car that mechanics wouldn’t.