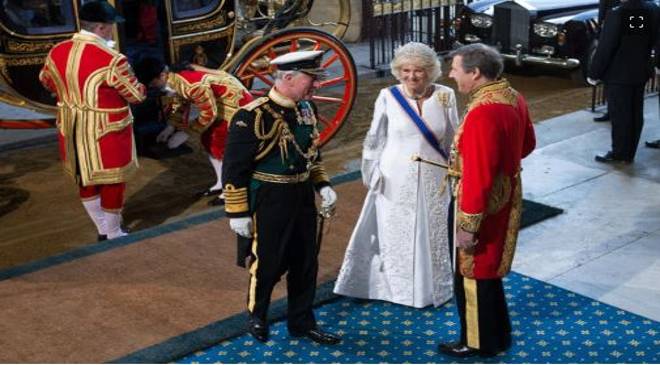 The Duke of Norfolk has been handed a six-month driving ban despite arguing that he has a key role in planning King Charles’ coronation.

Edward Fitzalan-Howard, who also helped arrange Queen Elizabeth’s state funeral, was prosecuted after he was spotted using his mobile phone when driving through a red light in Battersea, south London, in Apri and on Monday (25.09.22), he pleaded guilty to the offence at Lavender Hill Magistrates’ Court.

The 65-year-old duke – who is England’s most senior peer – was disqualified from driving for half a year because of his nine previous speeding convictions and handed six more points, resulting in a ban.

His lawyers argued to stop him getting behind the wheel would cause “exceptional hardship” because of his role as Earl Marshall in the king’s upcoming coronation, the date of which has yet to be publicly confirmed.

His lawyer asked for the rest of the hearing to be held in private because she would need to share sensitive information about her client’s role in the proceedings.

She told magistrates: “It’s an extremely peculiar situation whereby his grace, the Duke of Norfolk, is Earl Marshal. One of his responsibilities is for the preparation and organisation of the funeral of Her Royal Highness, Queen Elizabeth II. He is now the person in the country responsible for the coronation of His Royal Highness, King Charles III.

“In relation to exceptional hardship, his Grace needs to provide some details and information about the preparations of the coronation of His Royal Highness, King Charles….

“It would be unacceptable for these details to be public or made known, to risk the escape of that information of a very sensitive nature.”

She insisted the date for the coronation is already set but it is not ready to be made public.

She added: “Organisation of a national state occasion involves considerable matters of national security, not just officials in this country but world leaders attending the UK.

“In order to be able to properly advance the argument, it will require His Grace to go into detail.”

However, Judith Way, chair of the magistrates, ultimately decided the circumstances, though “unique”, did not meet the criteria for “exceptional hardship”.

She said: “We accept that this a unique case because of the defendant’s role in society and in particular in relation to the King’s coronation.

“The hardship needs to be exceptional and although we find inconvenience may be caused, we don’t find it exceptional hardship.”

The duke will also be able to employ drivers, but they will need to pass security checks, Way said.