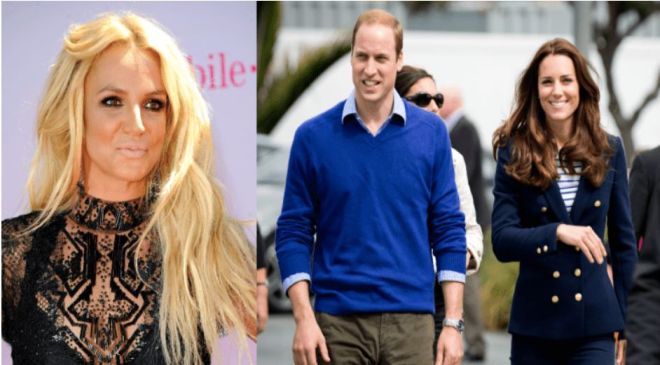 Britney Spears and Prince William were once penpals, via email, according to the popstar.

Spears once had a chance of joining the Royal Family after she claimed in a 2002 interview that she and Prince William would occasionally communicate virtually.

Britney Spears and Prince William had a ‘cyber-relationship.’

In the decades-old interview, according to the Daily Mail, the ‘Toxic’ singer revealed to talk show host Frank Skinner that she had been talking with the newly appointed Prince of Wales online while they were both teenagers, but things apparently fizzled out before they could make things official.

“We exchanged e-mails for a little bit and he was supposed to come and see me somewhere but it didn’t work out,” Spears, then 20 years old, said, adding that she had invited him out to dinner while she was touring in the U.K.

“You were blown [off] by Prince William?” asked Skinner, as she replied, “Yeah.”

Spears, who was dating NSYNC member Justin Timberlake at the time of the interview, admitted that she wasn’t quite sure why William suddenly changed his mind about hanging out with her.

According to The Sun, Prince William had chosen to go on a fox hunt instead of meeting the singer.

Prince William and Britney Spears were once the subjects of dating rumors.

Rumors of a romance between Spears and William have been floating around for some time, but Buckingham Palace has denied the two were ever linked romantically.

However, royal biographer Christopher Andersen made a connection between Spears and William in his November 2021 book “Brothers and Wives: Inside the Private Lives of William, Kate, Harry, and Meghan.”

“[William and Spears] tried to get together back when they were young, and he also had a kind of similar cyber relationship with Lauren Bush, the model and the niece of President [George W.] Bush,” Andersen told Us Weekly.

He claimed that while William and Spears, both now 40, were in contact, their relationship never got serious.

“There may have been phone conversations, but I don’t recall that they ever actually managed to get together during that period.”

Andersen also revealed that before his alleged conversations with Spears, William had been trying to get model Cindy Crawford’s attention.

“William had a huge crush on Cindy Crawford. So [Princess] Diana, being the kind of person she [was], she arranged for a meeting with him when he was, like, 14.”

William never ended up with either Spears or Crawford, choosing to marry Kate Middleton.

William and Kate first met in 2001 at the University of St Andrews in Scotland and began dating two years later in 2003. However, the two ended up breaking up in April 2007 after dating for five years, with a source telling PEOPLE that the split was “amicable.”

Two months after their split, William and Kate ended up getting back together, and their engagement was announced in November 2010. By April 2011, the two were married.

As for Spears, she found herself in a series of high-profile relationships, from dating Justin Timberlake to marrying former backup dancer Kevin Federline, though the two eventually divorced in 2007.

Spears eventually settled down with Sam Asghari, and the two married in June 2022.