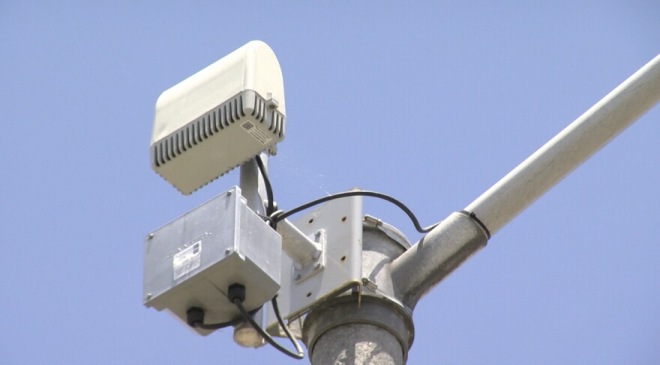 Local officials are increasingly turning to a gunshot detection technology to help address gun violence, despite serious concerns over its accuracy and potential side effects.

More than 130 cities and towns across the country have now installed the ShotSpotter systems, according to a report released Thursday from the group Surveillance Technology Oversight Project (STOP). That’s up from about 85 cities in 2018.

That expansion has been aided by federal funding, with several cities including Detroit, New Haven, Conn., and Albuquerque, N.M., signing big contracts with ShotSpotter using money from the American Rescue Plan Act. The increase could accelerate with new funding that’s been allocated for school safety after the recent shooting in Uvalde, Texas.

“At a time when elected officials are facing more pressure than ever to combat gun violence and we see cities spending hundreds of millions of dollars on gun prevention tech, including all the new money that Congress authorized after Uvalde, we have to look at the fact that this technology — ShotSpotter — is expensive, dangerous and just doesn’t work,” Albert Fox Cahn, STOP’s executive director, said in an interview.

ShotSpotter’s acoustic technology has become a favored tool for police departments to identify when guns are fired and quickly deploy officers without having to wait for 911 calls.

Critics contend that the system is inaccurate, puts officers into situations primed for accidents and results in overpolicing of Black and other minority neighborhoods.

The company claims that it can correctly identify gun shots 97 percent of the time based on reporting from police.

Studies from academics and independent government watchdogs have found that the technology suffers from serious false positive problems, and in the case of Chicago fails to lead officers to gun-related crimes.

While ShotSpotter has commissioned consultants to review its accuracy claims, the studies confirming the 97 percent figure have not included any data backing up the assertion.

Especially given the questions about the technology’s accuracy, critics contend, having officers deployed primed to deal with gunfire creates unnecessarily dangerous situations.

“Every false alarm for ShotSpotter can potentially lead to a tragic death because you have officers running into situations presuming there is an active shooter, when in fact, there can just be a backfire or fireworks,” Cahn said, pointing to the case of 13-year-old Adam Toledo, who was killed in Chicago last year by police dispatched after a ShotSpotter alert.

The report released Thursday argues that ShotSpotter can also exacerbate overpolicing in certain communities. STOP found that almost three quarters of the 31 New York Police Department precincts where ShotSpotter is used are either majority Black or Latino.

“ShotSpotter’s apparently discriminatory sensor placement could lead to discriminatory and even deadly police responses. In NYC, plainclothes officers responding to a ShotSpotter alert in Canarsie, Brooklyn, a majority-Black neighborhood, refused to identify themselves to and assaulted a 20-year old man they found smoking marijuana,” the report reads.

The company defends the deployment of its sensors, arguing that it is up to police to place them and that departments make those decisions based on crime data. But the STOP report maintains that law enforcement disproportionately target minority populations based on “geographically and demographically skewed crime data.”