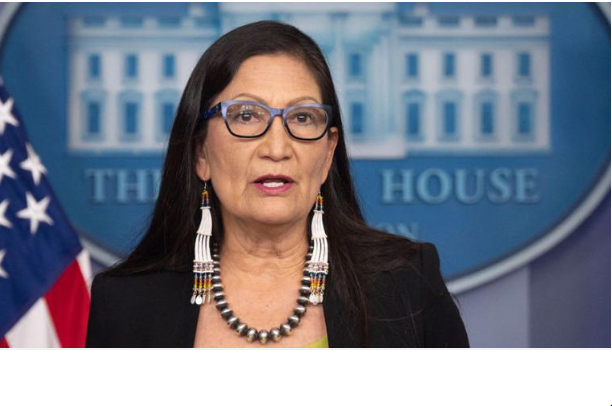 The Biden administration has released its proposed five-year offshore drilling plan … sort of. We’ll dive into the details.’

This is Overnight Energy & Environment, your source for the latest news focused on energy, the environment and beyond. For The Hill, we’re Rachel Frazin and Zack Budryk. Subscribe here.

The Biden administration is punting a decision on whether to open up more lease sales for offshore drilling.

The statement and department’s proposal for the program’s future was issued one day after a previous five-year offshore drilling plan expired. That plan had been launched by the Obama administration.

The sales under consideration include an area in the Cook Inlet near Alaska, and as many as 10 sales in the Gulf of Mexico. Earlier this year, the department canceled a planned lease sale in Cook Inlet, citing lack of industry interest.

The political context: The move comes as the administration grapples with the politics of high gas prices, which recently reached as high as $5 per gallon nationally.

Manchin, in a statement, said he was “pleased” that the department released its proposal, but “disappointed” that the zero-sale option is being considered.

The Interior official defended not deciding on a specific number of lease sales at this stage, saying it intended to put a range of options before the American people.

The actual possible schedule: The department on Friday released a schedule accompanying its proposed plan, saying the first lease sale could take place in 2023.

Ruling puts pressure on Schumer to get climate deal

“This devastating decision is only the latest shot in the arm to Congress to legislate action on climate,” said Melinda Pierce, the legislative director of the Sierra Club.  “Today’s Supreme Court decision is stark reminder that the clock is ticking and Congress and must act.”

So what does he have to say? Schumer on Thursday said the court’s decision lights a fire under Congress to get something done to limit carbon emissions.

“Make no mistake — the consequences of this decision will ripple across the entire federal government, from the regulation of food and drugs to our nation’s health care system, all of which will put American lives at risk, making it all the more imperative that Democrats soon pass meaningful legislation to address the climate crisis,” he said in a statement responding to the opinion penned by Chief Justice John Roberts.

Many Democratic lawmakers have become pessimistic about getting Manchin to agree to any budget reconciliation deal that would include provisions to significantly reduce carbon emissions.

Signs of life: Schumer is continuing to negotiate with Manchin, and there are some signs of progress.

Schumer’s and Manchin’s staffs have continued to negotiate over the two-week July 4 recess, leaving some Democrats optimistic of getting a deal in July or early August.

“Last year, I pledged to Virginians that we would remove 25% of the regulatory requirements in the Commonwealth,” Youngkin said in a statement Friday.

“In the spirit of this objective, we have created the Office of Regulatory Management, led by Andrew Wheeler, which will create much needed transparency and efficiency in Virginia’s regulatory process to ensure that we have a government that works for the citizens of the Commonwealth.”

“Last year, I pledged to Virginians that we would remove 25% of the regulatory requirements in the Commonwealth,” Youngkin said in a statement Friday.

“In the spirit of this objective, we have created the Office of Regulatory Management, led by Andrew Wheeler, which will create much needed transparency and efficiency in Virginia’s regulatory process to ensure that we have a government that works for the citizens of the Commonwealth.”

Wheeler, who served as EPA administrator from 2019 to 2021, was initially Youngkin’s nominee as Virginia’s secretary of natural resources.

His nomination immediately faced pushback in the Democratic-majority state Senate, due to his history with the Trump administration and as a coal industry lobbyist.

A spokesman for Youngkin’s office told The Hill that Wheeler will not require General Assembly confirmation as head of the new office.

DRILLING DOWN THESE NUMBERS

Over the past few days, the Interior Department carried out oil and gas lease sales on public lands, selling the rights to drill on about 70 percent of the parcels it offered up.

Some on the left argued that the fact that some parcels went without bids undercuts some criticism of the Biden administration’s climate plans.

Industry and Republicans have criticized the Biden administration for implementing a now-defunct pause on new oil and gas leasing on federal lands. Leasing is just one of several steps to facilitate drilling on land and in water that’s owned by the federal government.

Asked about this, the American Petroleum Institute (API), which represents the oil and gas industry, argued that the sales demonstrated robust industry interest despite stipulations but in place by the administration.

“Despite Interior’s decision to increase royalty rates, reduce acreage by 80% and perpetuate regulatory uncertainty, the recent sales results demonstrate the industry’s commitment to continued development on federal lands,” API vice president of upstream policy Kevin O’Scannlain said in a statement to The Hill.

That’s it for today, thanks for reading. Check out The Hill’s Energy & Environment page for the latest news and coverage.