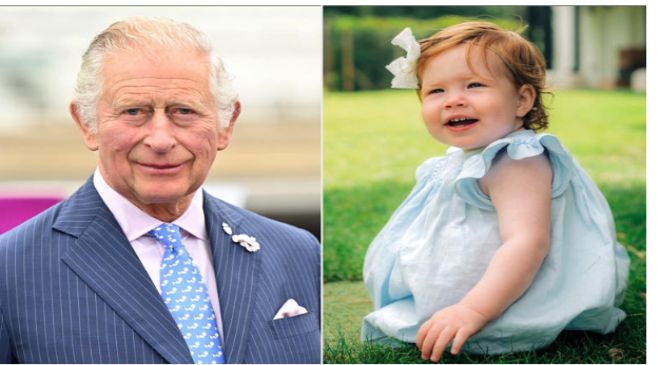 Prince Charles enjoyed an “emotional” visit with his grandchildren Lilibet, 1, and Archie, 3, when Prince Harry and Meghan Markle visited the U.K. earlier this month for Queen Elizabeth’s Platinum Jubilee.

“It was a fantastic visit. The prince was delighted to see his grandson and meet his granddaughter for the first time,” a royal source says, adding that it was “wonderful” to have Harry and Meghan back in Britain.

The trip marked Lili’s first visit to the U.K. Meghan and Harry’s daughter was born in California on June 4, 2021, and had yet to visit her dad’s homeland. Archie was born in the U.K. on May 6, 2019, but hadn’t been back since he was six months old.

“The Prince and the Duchess [of Cornwall] were absolutely thrilled to see them,” the source continues, as Charles had not seen his grandson Archie “for a bit of time.”

“It was very special to have some time with him. He hadn’t met Lilibet, his granddaughter, and so to meet her for the first time was very emotional — it was a wonderful thing,” the source says.

The trip gave Lili the opportunity to meet her great-grandmother, Queen Elizabeth, for the first time, too The 1-year-old is named for the monarch, as Lilibet was the Queen’s childhood nickname.

Palace sources also revealed on Wednesday that the Duke and Duchess of Sussex are financially independent of the royal family and are believed to have paid their own way to come over for the Jubilee from their home in California.

“Great credit to the Duke and Duchess of Sussex,” a royal source says. “When they decided they wanted to live overseas and forge an independent path, independent of support from the royal family, they said they wanted to transition to financial independence. And that they have achieved.”

Aides also point out that Meghan and Harry’s financial commitments on their British home, Frogmore Cottage, are now fulfilled with the $2.9 million payment that they made to the Sovereign Grant. Royal aides will not say if Prince Charles has helped his son with the renovation costs at Frogmore Cottage.