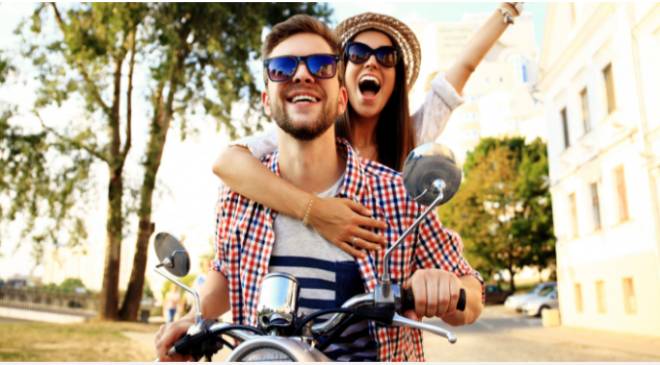 If you’re trying to figure out how to get a guy to like you, then you need to know the various ways you can get the Law of Attraction to work for you.

For the believers, the way to attract the perfect man for you is to focus on who you want to be with and the very power of your thoughts will turn your wants into reality.

Believe it and you’ll see it.

However, in my work with smart, high-achieving, and attractive women whose go-to strategy is going after what they want, when they use that same game plan with men, they miss seeing the red lights or the things they don’t want.

And in doing so, six months (or more) in, they realize that this isn’t the relationship they want or that he’s no longer the man they thought him to be, so they’re no longer attracted to him. Not so efficient or effective, right?

So, what’s a more effective strategy when trying to figure out how to attract men?

To get a guy to like you, here are 3 easy attraction tips using the law of attraction:

If you believe in the Law of Attraction, then it would follow that by focusing on what you don’t want, you’ll attract a man with all the qualities you want to actually repel.

Months later after you’re already deeply connected, attached, and in love with someone who isn’t the perfect man for you, you’ll finally see the red lights you missed early on.

Formulate a list of three non-negotiables or deal-breakers of qualities you don’t want in a man. For instance, “I don’t want a man who has a problem with alcohol or drug use.”

If this is one of your deal-breakers, you’ll pay attention to his alcohol intake and the content of his storytelling with a different eye and ear than if your non-negotiables are “I want a man who has a good career, is socially savvy and treats me like a queen.”

Oftentimes, the beginning of a relationship means socializing, drinks, dinners out, and other activities that may include alcohol and drinking. If you aren’t paying attention, your date’s drinking pattern could easily get lost in the beginning haze and appear later when the socializing slows down.

Suddenly, you realize he drinks a six-pack of beer every night before dinner and a bottle of wine with dinner. You were merely drinking socially as part of the “getting-to-know-you” process. This behavior is way more than you bargained for.

These are your non-negotiables, not suggestions. The reason you come up with them is that they are deal-breakers. The whole point in paying attention from the very first date is so that you don’t get attached to a man who isn’t the right man for you.

His character profile and personality makeup may work for someone else, but he’s not a fit for your particular profile and makeup. This is the efficiency factor. And it’s only effective if you put it into place.

Going back to the example above, if you are paying attention now to your date’s drinking patterns and stories, you will often hear themes. Stories revolve around getting wasted, faded, lit, bombed, inebriated, or blacked out and not remembering.

He’s laughing and having a good time while telling these stories, especially if his friends are there with him sharing the good times. It all sounds fun. Unless it doesn’t sound fun to you.

In that case, stick to your guns. Know your non-negotiables. Walk away from this very nice guy who “has a good job, is social, and treats you like a queen” and who drinks more than you are comfortable with.

It’s all about mindset here. Every relationship and every date have a lesson and a blessing. Never are they a complete waste of time because, during that time, lessons are learned. And I always hope a blessing can be taken from it, as well.

Even if the blessing is “Thank goodness, I now know I don’t want to be with someone like that.”

And isn’t that what dating’s all about? Learning what it is you don’t want in a partner so that you can be with the perfect partner for you.

One last piece of dating advice: Focus on your “don’t want’s” in you as well. Be the person you want to attract.

I recently had a client come up with her list of non-negotiables. She admitted that she’s under so much stress that she’s all the things she doesn’t want in a man right now. The good thing is that she recognizes it and she’s working on it.

Be true to yourself. Don’t get confused by your “shiny” wants when your “don’t wants” are staring you in the face. Another man who’s a better fit for you is right around the corner.

Finally, be open, in general. Life is too short and too long to be closed off to all the opportunities that come your way.

Keep your eyes up and open. You never know who’s looking at you. If your head is down looking at your phone, you’ll never see that cute guy who’s been staring at you every time you stop in your favorite coffee house.

He just may be the perfect guy for you.