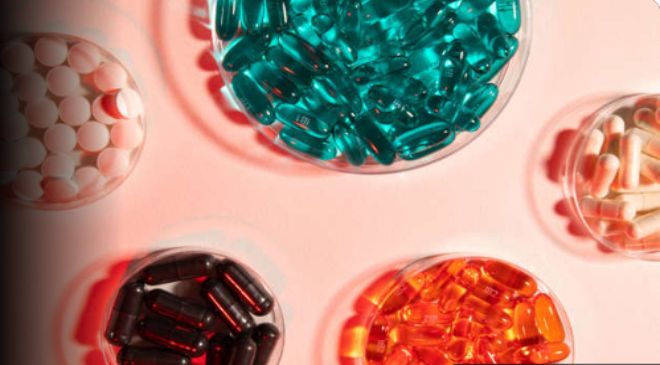 Melatonin may be an over-the-counter supplement, but it can cause significant side effects.

American demand for melatonin — a hormone produced by the brain that helps the body get ready for sleep — has skyrocketed since the start of the COVID-19 pandemic. As demand has gone up, so have calls to poison control centers about the supplement.

The Centers for Disease Control and Prevention released a report Thursday that found calls to poison control centers about children who took too much melatonin rose by 530% in 10 years.

Though most children in the report did not experience serious side effects, some who called about melatonin overuse had heart and gastrointestinal problems. Four thousand children were hospitalized due to melatonin overuse in the last decade, and two died, according to the CDC.

Dr. Ritwick Agrawal, a sleep medicine specialist and assistant professor at Baylor College of Medicine, said “not much research” has been done on the long-term side effects of excessive melatonin supplementation. Melatonin in the body interacts with other hormones, and controls a variety of functions outside just sleep.

“Unfortunately, there is no established dose of melatonin,” Rishi said. “The situation is further complicated by the fact that melatonin is sold as a supplement and United States and is not subject to rigorous oversight.”

Here are five physical signs that might indicate you’re taking too much melatonin.

Nausea is a common side effect of taking too much melatonin, according to Dr. Jing Wang, an assistant professor at the Icahn School of Medicine at Mount Sinai.

Dr. Muhammad Adeel Rishi, a pulmonology, sleep medicine, and critical care specialist with the American Academy of Sleep Medicine, said vomiting may also occur when taking too much of the supplement.

A typical dose of melatonin labeled on a supplement bottle is around one to five milligrams, according to Wang.

You have trouble staying awake during the day

Taking too much melatonin can cause grogginess and sleepiness during the day, even if you’ve taken it at night, Agrawal said.

While there is no standard dosing for melatonin, he considers 20 to 25 milligrams a “very high dose.”

Taking that much melatonin regularly can negatively alter the body’s sleep cycle.

“It can actually paradoxically worsen sleep, and melatonin sometimes does not do what it’s supposed to supposed to be taken for as a sleeping agent,” said Agrawal. “Sometimes melatonin is just not enough.”

Mood changes may indicate you’ve taken an excessive amount of melatonin, Wang said. These changes can include feelings of depression, mild anxiety, and irritability, according to the Mayo Clinic.

Very little research has been done on melatonin’s impact on mood changes, however.

You have poor balance

There have been few studies on melatonin’s effect on balance. One study of 81 women with osteopenia found a one year treatment of 1 to 3 milligrams of melatonin did not affect postural balance or risk of falls.

Wang said headaches are another common side effect of melatonin overuse.

While melatonin can trigger headaches, some early research has shown it might treat migraines, Dr. Marri Horvat, a sleep disorder doctor at Cleveland Clinic, wrote. But researchers are not sure if migraines improve due to melatonin supplements or increased sleep as a result of supplementation.