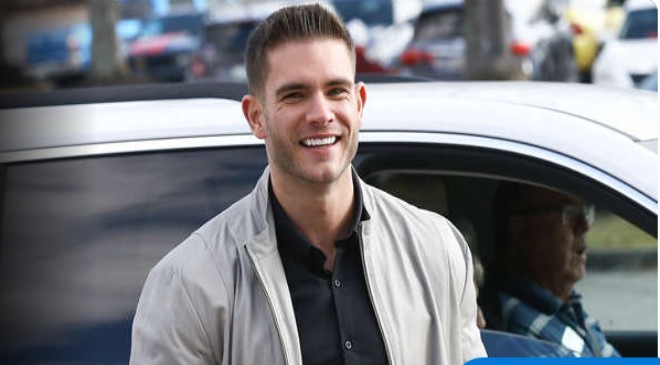 Dolph Lundgren is honored to walk alongside U.S. Army veteran Colin Wayne in the Redline Steel CEO’s initiative to raise money for families who have lost loved ones at war this Memorial Day.

The “Rocky IV” star, 64, told Fox News Digital that he jumped at the opportunity to team up with Wayne in his partnership with the nonprofit USA Cares, after Wayne – who served three tours in Iraq, Afghanistan and Egypt – made huge strides in his previous two fundraising outings with actress Megan Fox.

“I was approached [by Colin Wayne and Redline Steel] to join the give-back and immediately decided to do it. To be able to help veterans and their families is important to me,” Lundgren said of coming on board for the third annual Operation Memorial Giveback. “They make the greatest sacrifice to help keep us all and the world around us safe. And I appreciate the work Megan has done over the years, and it was a pleasure to star alongside her in ‘Expendables 4.’”

Fox has been a willing participant in Redline Steel’s initiative the first two years and Wayne said he couldn’t be more impressed with the actress’ humility over that time given her celebrity status.

“The one thing that really stood out for me was just how humble and ‘down to earth’ she is away from the camera,” he explained of his time working alongside Fox. “Her warm embrace and willingness to join our cause speaks volumes of who she is as a person.”

Over the past couple years, Wayne and his company have raised over $5 million in products and now, with Lundgren firmly watching his six, Wayne said his team is looking to take their efforts to even greater heights.

“Between his military background serving in the Swedish Marine Corps, to his passion for helping others, and the immense love for his family, I instantly knew how important it was to partner with Dolph,” Wayne raved of the “Minions: The Rise of Gru” voice actor. “His exemplary character and honorable actions over the years made partnering with him an easy choice.”

Lundgren said his many roles as an operative aided in his support for our nation’s military.

“In many of my films, I’ve played a soldier and over the years I have had a lot of fans and support from the Armed Forces,” he said.

Wayne, 32, also opened up on his outlook of the state of the country given the landscape of what’s going on around the world with the ongoing war in Ukraine and other regions across the globe.

“I think the U.S. still remains superior when it comes to our advancements in technology, the size and strength of our military, education, and standard of living, despite the increasing cost of consumer goods,” he explained. “That said, with inflation continuing to rise and a shaky economy, we’re seeing negative effects when it comes to housing, health care, oil reserves, and American institutions as a whole, which is quickly hurting our way of life.”

Furthermore, Wayne said he laments the cost of essentials given the fact many are still managing how they’ll come out of and continue to push through the pandemic.

“Certainly, from a global perspective, the pandemic has affected the global economy significantly, with the median GDP dropping at a rate we haven’t experienced since the Great Depression. All countries are still having problems with their supply chains, and many of them are likely to get worse,” he said.

“Ultimately, I think we’re at an important crossroads in both our world and U.S. history, and until we’re able to fully grasp and conquer these issues that the pandemic, rising costs, and shortages of essential goods have presented to us, our economy will continue to suffer,” Wayne added.

Elsewhere in his remarks to Fox News Digital, Lundgren also spoke to the “Rocky” franchise and how he feels “Rocky IV” has managed to stand the test of time as it nears its 40th anniversary in a few years.

“The ‘Rocky’ series is relevant to all generations because it deals with the individual’s struggle to succeed against tough odds.”

Meanwhile, Lundgren delivered an important message for people to remember this Memorial Day.

“Remembering service men and women who made the ultimate sacrifice for us puts all our usual problems and complaints in perspective.”