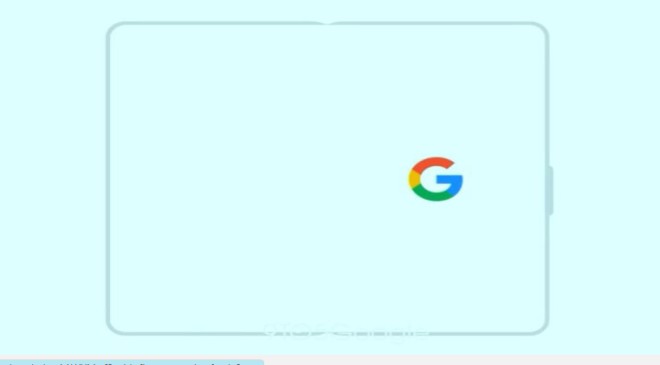 The Pixel Fold, or Pixel Notepad as it’s now known, is the name rumored for the foldable coming from Google sometime within the next year.

Google has been investing in regular old Android smartphones for a while now with its Pixel phones, but now the company is reportedly gearing up to join the push toward foldables. Google has yet to announce it, but the company appears to be moving in that direction. For example, there’s Android 12L, a version of Android that’s optimized for larger screens and foldables. There’s Android 13, an even more tablet-optimized version of Android. While Google often accompanies its software platform launches with hardware equivalents, it’s planning a Pixel Tablet launch for 2023. The Notepad just might follow.

According to reports, the Pixel Notepad is expected to be priced in the same range as regular foldables, which means it’s likely to start at around $1,000, like the Galaxy Z Flip 3.

Is it objectively pricey? Yes, but foldables are expensive to make. Until companies reach the economies of scale that allow them to drive component prices down, we can expect foldables to remain expensive. A report from 9to5Google says the company is aiming for a $1,400 price tag, which falls right within our expectations.

Availability is even trickier. Display analysts over at Display Supply Chain Consultants (DSCC) expected the Pixel Notepad to be announced last year, but Google didn’t make that announcement. Then, it is expected sometime this year, with the prior “delay” attributed to supply chain concerns. DSCC had specifically placed it as coming during the fall alongside what we expect to be the Pixel 7, with panel production already in progress. Now, the most common reporting on the Pixel Notepad places it as being most likely to launch in Spring 2023. The Elec broke the news in late May 2022, citing development issues. In short; the Notepad is simply not ready yet.

Z Fold 4 and Google foldable will have similar sized foldable displays, but the Google cover display will be quite a bit smaller at 5.8″. This should mean it will have a wider aspect ratio than the Samsung 6.19″ Fold 4. Hear more at our conference next week.

We also note that the previously referenced 9to5Google report says the Pixel Notepad will have different releases in the international market and the U.S. market, with a U.S.-first launch (likely around October) and a global launch toward the end of the year.

When it comes to foldables, Samsung has set the template, just like Apple has done for the slab phone. There are two main options — a flip phone much like the Motorola Razr or Samsung Galaxy Z Flip 3, or a phone that folds into a tablet, like the Galaxy Z Fold 3. The current school of thought is that Google is opting for the latter variant at the moment, though it may actually be working on two models rather than one. The Pixel Notepad is also said to be squatter in the vein of Oppo’s Find N. Foldables are a bit of a niche form factor at the moment, so any experimentation that happens remains welcome. A smaller 5.8-inch display as expected by DSCC Ross Young would also mean the Notepad would be a more compact “phone” when folded than the majority of large phones being sold nowadays. Sure, it’s no iPhone Mini or SE size, but the Pixel Fold could end up pleasing two different markets, size-wise.

When considering the unfolded model, Android hasn’t had software that takes advantage of a big screen so far, but that’s set to change with Android 12L and Android 13 both. If Google wants to showcase “stock” Android’s capabilities — and it really needs to — building out a tablet-like device is an option worth considering.

Pixels have traditionally had very good cameras. They’ve not always been leaders in hardware, but a combination of Google’s software smarts and good sensors have let Google’s Pixel phones keep up with much more powerful camera phones.

Now, there are whispers that Google is opting for the same camera layout that was used in the Pixel 5 and 5a 5G — this means a pair of 12-megapixel cameras, one with a regular wide lens, and the latter possibly ultrawide. Cameras have not been the strongest suit for foldables in recent years, with most foldables having mediocre cameras. Being up to par with the still-excellent Pixel 5 would make the Notepad the best foldable one can have for photography.

The Pixel Notepad will presumably be powered by Google’s Tensor chip. It’s not the fastest chip around, but it is up there in terms of speed and compares favorably to the Snapdragon 888, though perhaps not the Snapdragon 8 Gen 1. What it does do better are elements Google thinks are important, like imaging, translation, A.I. for adapting your phone, and so on.

As far as resolution goes, there are no numbers floating around, but we can expect the Pixel Notepad to have the same Low-Temperature Polycrystalline Oxide (LTPO) display the Pixel 6 Pro and iPhone 13 Pro have. This means that the refresh rate can run the gamut from 1Hz to 120Hz, allowing the phone to conserve power where necessary.

With Android 12L, Google powered up Android to take advantage of larger screens. That work is accelerating in Android 13, and the Pixel Notepad and Pixel Tablet are expected to reap the benefits.

This means that there’s a new launcher with a taskbar that resembles iPadOS more than anything Google offered before, a powerful desktop mode, dual-pane interfaces for the lockscreen and notification center, and a lot more on the way as Google goes through Android 13’s beta process. For anything else, we’ll likely have to wait till Google I/O to find out.

These are still early days, so more concrete information will have to wait for several months. Typically, the biggest leaks start happening when case manufacturers get dummy models to get cases ready, and retailers are informed (and accidentally post) listings. We’ll continue to scour the web for news and rumors, and will be updating this piece on a regular basis.