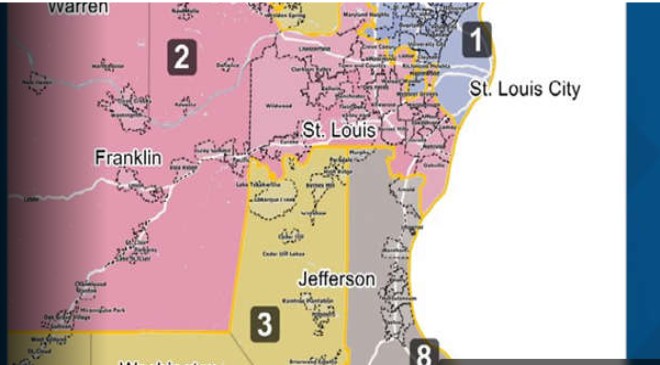 The field of Democrats running for a chance to unseat incumbent U.S. Rep. Ann Wagner (R-Missouri) in Congress got smaller.

“I was drawn out of the district in this final version of the map,” Samuels told 5 On Your Side. “The district explicitly was designed to be hard or unwinnable for Democrats.”

Samuels pledged to focus his efforts on restoring civility to politics and criticized partisan gerrymandering for its role in driving candidates farther to the political extremes.

“This is a district that in 2020, was the closest district in the country, at the presidential level, Trump won the district only by about 115 votes out of 750,000 people or so who live in the district. And now they’ve taken that and made it a district that Trump would have won by 8%. And it was done explicitly with the purpose of making it less competitive and less representative.”

Trish Gunby, a two-term state representative from Ballwin, acknowledged the “headwinds” in the newly drawn district, but said she still has a shot at pulling off an upset.

“I do not believe it’s unwinnable,” Gunby said. “I was told my House district was unwinnable and I flipped it and I was reelected.”

“There’s a lot of stuff that has happened that I believe will galvanize voters, and certainly Democrats and even moderate Republicans,” she said.

Wagner’s office declined to comment on Samuels’ departure from the race.