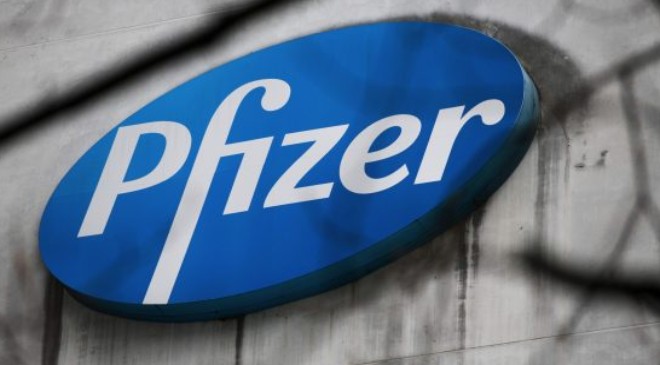 (Bloomberg) — Pfizer Inc. plans to sell its entire portfolio of brand-name drugs at cost in as many as 45 lower-income countries, one of the most comprehensive and ambitious drug-access programs ever announced by a large pharmaceutical manufacturer.

The initiative will start in five African countries with 23 drugs for cancer, rare illnesses, inflammatory conditions and infectious diseases. It will eventually include all of the New York-based company’s future therapies or vaccines. The drugs will be sold at the cost of manufacturing, Pfizer said, typically a fraction of their price in U.S. or European markets. The company also plans to invest in local health systems to improve diagnostic capabilities, get the drugs approved and make sure doctors know how to administer them.

Throughout the pandemic, the company has sold its Covid-19 vaccine in lower-income countries for about $7 a dose, near where it puts the cost, compared with $19.50 in the US. For Covid and other illnesses, peer drugmakers have run similar low-cost programs, particularly for diseases common in the developing world. But for most drug categories, many of the newest, most advanced therapies can take years to reach low-income markets, if they ever do.

Pfizer has manufactured billions of Covid vaccine doses and distributed them around the world—while also watching the shot become one of the biggest-selling pharmaceutical products of all time. Its expanded drug access program presents new challenges, and the ultimate success or failure may not be known for years. Along with striking the initial agreements with Rwanda, Ghana, Malawi, Senegal and Uganda, Pfizer will need to help many of the countries make significant advances in their local health systems in order to get drugs to patients.

“The devil is in the details,” said Jay Iyer, CEO of the Access to Medicine Foundation, which advocates for drug availability and ranks companies based on how equitably they make products available, how broadly their research programs target global unmet medical needs and how well they integrate global access into their business plans.

Last year, Pfizer was fourth on the foundation’s index, behind GSK Plc (formerly GlaxoSmithKline), Novartis AG and Johnson & Johnson. Iyer said many large drugmakers have historically focused their emerging-market operations on fast-growing economies, where the unmet need can be large, but so is the future sales opportunity.

Typically, those companies “don’t necessarily prioritize the lowest-income countries, but they do recognize that countries like Brazil, India and China are critical to their business,” Iyer said. “They tend to see it as market access.”

Pfizer should be judged based on the volume of “actual drugs to patients” in the lower-income countries it has promised to help, Iyer said in an interview before the announcement. “Whether it’s ambitious or addressing the real need depends on the patients finally reached.”

Following Wednesday’s announcement, Pfizer will open up the program to any other low-income country, as well as nations that have transitioned from low- to lower-middle income in the last decade, as defined by the World Bank. That includes much of sub-Saharan Africa, and countries in Asia and the Middle East including Bangladesh, Cambodia, Laos, Syria and Yemen. The World Bank defines low-income countries as those where the per capita gross national income is less than about $1,000 a year.

Pfizer declined to give exact prices it will charge for the drugs in those countries, though it said they would be based solely on the cost of manufacturing, and won’t incorporate research and development expenses or legal costs, for example. That should mean some therapies, particularly easier-to-manufacture pills, will sell for pennies on the dollar. More complex biotechnology drugs could still end up being relatively expensive and need additional financing or charity, either from the company or other groups.

“These are very, very poor countries,” Bourla said. “I wouldn’t be surprised if even at that cost, they will find it difficult. It will be important for the coalition of partners to be able to come together to do something.”

Pfizer has opted to make and sell the drugs itself, instead of seeking partners in some markets. Such patent-sharing agreements are sometimes referred to as a voluntary license deals, and drugmakers have on occasion made those agreements to supply treatments in low-income and developing countries.

But to take that route, Pfizer would need to find a low-cost manufacturer that wanted to make the medicine and then negotiate terms. While that can be relatively simple for some drugs, it may not work with more complex products. Pfizer, for example, resisted licensing Covid-19 vaccine, arguing the advanced manufacturing required would have meant a long lead time. Instead, it lowered the price on the vaccine for those markets and focused on building capacity.

“A voluntary license is an option, but it has to be attractive to a manufacturer,” said Cary Adams, CEO of the Union for International Cancer Control. “It may be that works for some medicines, and does not work for other medicines.”

Bourla said Pfizer won’t limit the volume of drugs it provides under the program, and that if demand exceeded capacity, the company will spend money to expand manufacturing.

The pandemic has benefited Pfizer’s business and its reputation. In 2021, it brought in $81.3 billion in sales, and recorded profit of $22 billion, bolstered in part by the sale of its coronavirus vaccine—the first of the shots to be approved for use in the US. That scientific and business success has overhauled the company’s reputation, from the biggest and baddest of big pharma to the company that helped save millions of lives during the pandemic.

Since 2000, life expectancy in lower-income countries has grown by about 10 years, partly because of a focus on treating infectious diseases, according to a draft report by the World Health Organization. But the numbers still badly trail high-income countries, where the average person can expect to live to over 80, compared with less than 65 years old in those poorer regions.

The rise in life expectancy in lower-income areas has exposed other issues with local health systems. For example, people in poor countries often aren’t diagnosed with cancer until they’re far into the disease. Most cancers in low- and lower-middle income countries are found at stage 3 or stage 4, when the chances of survival are lower, particularly without access to newer drugs, according to Adams, of the Union for International Cancer Control.

“Seventy percent of deaths of cancer currently occur in low- and lower-middle income countries, because they don’t have the capacity to treat cancers when they’re presented,” Adams said. “It’s complicated for cancer medicines to get into those countries. It’s not a simple problem that can be simply solved.”

Pfizer plans to work with the Bill & Melinda Gates Foundation and other large international health groups to improve access to diagnosis and doctors in those places, particularly on more advanced diagnostic techniques to identify subtypes of cancer that can be targeted by newer therapies.

The Covid-19 pandemic provided important lessons on that front, Bourla said. While millions of doses of the company’s vaccine have been distributed to lower-income places, many have gone unused, because of a lack of health-care infrastructure or distrust.

“It’s one thing to have available the breast cancer medicine, and it’s another thing to make sure that the women will go get a mammogram,” Bourla said. “But something like that, we need partners. We need partners like the WHO, like UNICEF, the Gates Foundation. They have people on the ground.”